Mobilize Against the Viral Holocaust, AIDS Activists Implore in Vienna 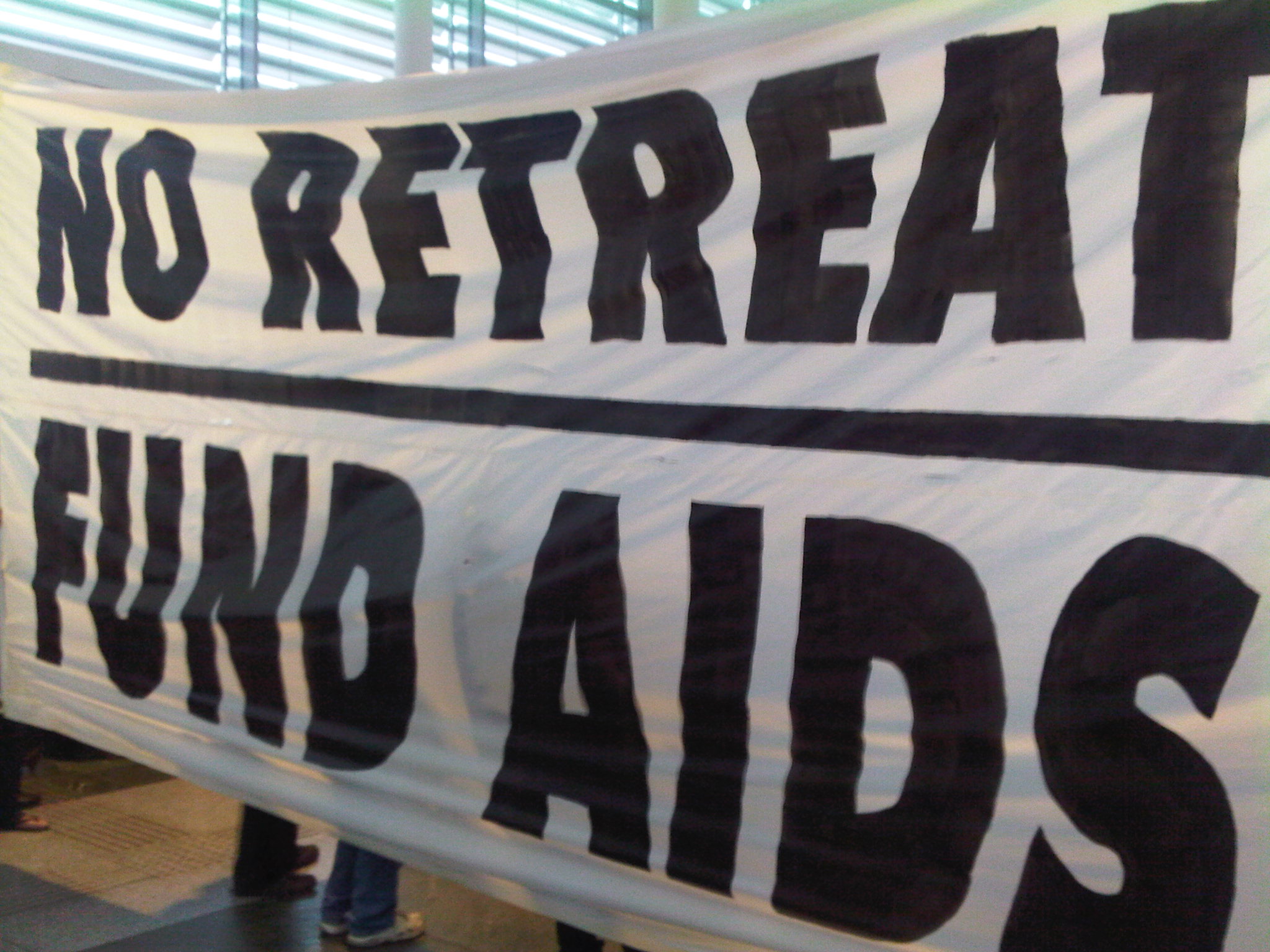 VIENNA (July 18)--In a region of the world where wars and genocide have indelibly marked its history, AIDS activists raised alarm over the lack of treatment imperiling more than 10 million HIV-positive people worldwide to premature illness and death.
“Right here, right now,” the official theme of the 18th International AIDS Conference that opened today, sounded empty to many of the 20,000 participants from 185 countries.  Hundreds of AIDS activists disrupted today’s opening session to protest the world’s wealth nations for failing to finance universal HIV treatment access by 2010 as pledged at the 2005 G8 summit in Gleneagles, Scotland.  Participants also chastised the governments of developing world nations for failure to devote up to 15% of their annual budgets to health services.

“Obama lies as people die,” activists chatted to draw attention to a slowdown in treatment expansion from US and other wealthy nations.

Speakers and activists highlighted the contours of the global HIV crisis:


HIV treatment access in low- and middle-income countries has increased ten-fold in just five year, conference organizers lauded.  Yet the global economic crisis has contributed to wealthy nations slowing, and in some case reversing, their financial commitments to global AIDS efforts.  Global complacency on treatment scale-up will not only jeopardize the lives of more than 10 millions HIV-positive people worldwide but also hamper efforts to reduce new HIV infections, activists warn.

Once at the crossroads of World War II and the extermination of more than 65,000 Austrian Jews, this European capital has the potential to usher a new legacy rallying world leaders to deliver on universal treatment access and anti-HIV approaches grounded in human rights and science.  The Vienna Declaration might be just such an effort to change the course of history: the treatise calls for governments to respect the civil and human rights of substance users by investing in harm reduction strategies and utilizing proven public health rather than criminal approaches to reverse the spread of HIV and other blood-borne pathogens.

Speakers at the opening plenary also called for greater protections for sexual minorities, women, and youth worldwide as central to the fight against HIV/AIDS.

“We are watching,” demonstrators’ signs read, but are the globe’s power-brokers listening?  With the aggregate costs of this gathering estimated at greater than $40 million, one can only hope so.