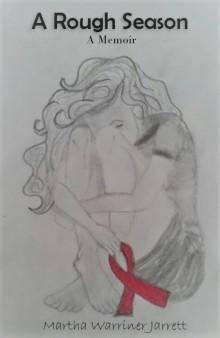 A Month Before My 70th Birthday, I Tested Positive for HIV

Here’s what happened next (and a little about me).

I’m Martha Warriner Jarrett, known to most as Martie. A month before my 70th birthday, I tested HIV+. I’m now 72 and have definitely survived the plague. But I’m new to the HIV world, so my perspective is quite a bit different than that of long-term survivors like Sean Strub, Larry Kramer and Cleve Jones.

I grew up in Pasadena, CA, and graduated from Pasadena High School in 1962 (my 55-year class reunion is this weekend). I attended college at SMU in Dallas, graduating in 1966 with a degree in fashion design (just as useless as it sounds). After 8 years in advertising, I shifted gears and went to law school. I spent the bulk of my nearly 40-year career as a bankruptcy attorney in Los Angeles and Riverside. I retired about three years ago and am now a writer (my other passion). I’ve even started a copywriting business (Blackboard Copy).

In 2012, my husband Ronald and I moved to Las Vegas to retire, but after about two years, we realized that it wasn’t a forever place for us so we moved again. This time to Bakersfield, CA, where Ronald’s daughter and her family live. As someone raised in the LA Basin, I never thought of Bakersfield as a dream retirement so I was surprised to find that I like it here (it’s not exactly a small town, unless you’re comparing it to the Los Angeles area).

It was only about six weeks after we moved here that I was rushed to the emergency room with critically high blood pressure and respiratory failure. I spent the next four days on a ventilator. When I woke up, they told me I’d tested HIV+. I couldn’t believe it; in fact, I was in denial until I’d completed the rest of the tests (at Planned Parenthood). Where on earth had it come from? Although I’d been sick for a couple of years (my doctor thought it was fibromyalgia), nobody had thought to test me. By the time I ended up in the hospital, I had progressed to AIDS. I nearly died. They started me on meds and sent me home. That was almost three years ago, and I’ve fully recovered both physically and emotionally (except for that one pill a day). My viral load is virtually zero, and I’m happier than I’ve ever been.

Which brings me to the mystery of where I got this insidious disease. Best as I can tell, it came from my late husband who died in 2009 from what the doctors said was double pneumonia (I now believe it was AIDS-related pneumonia). Again, he was 77 and nobody thought to test him (even though we lived in Palm Springs at the time). I have no idea where he got it and don’t particularly want to know.

I’ve written a memoir of my experiences. It’s called A Rough Season and is available on Amazon. POZ has invited me to join its blog team, so this first blog is a little bit about me. I’ll be sharing a little more about this whole HIV thing in my future posts.