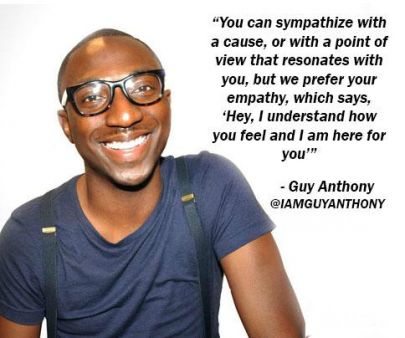 “I couldn’t care less if the guy I’m guarding has HIV. I’m going to slam him anyway.”

Though Dennis Rodman and I share very different views of the world, we share the same view of equality in life on and off the basketball court. As an openly HIV-positive, Black gay man, I find myself having to defend my HIV status to far too many people, way too often. My friends question my sexual history. Doctors question the validity of my sexual assault (Editor’s note: If you or someone you know is a victim of sexual violence, please contact the Rape, Abuse, and Incest National Network (RAINN) Hotline at 1-800-656-HOPE for free, confidential, 24/7 information). It’s been my experience that victim-shaming is pervasive in a society that continues to perpetuate patriarchal cultural norms. HIV-negative people I’ve encountered mostly seem to feel sorry for me. It seems that many people still think of HIV/AIDS as it was in the ’80s and early ’90s, rather than the chronic illness it’s become. The truth is that many people who are HIV-positive are living longer and fuller lives these days.

For the last few years, it seems like almost everywhere I turn, I’m faced with information regarding biomedical interventions like PrEP (Pre-exposure Prophylaxis) PEP (Post-exposure Prophylaxis) and Treatment as Prevention on billboards, magazines and on-line. I somehow thought people would know more about HIV and be less judgmental about modes of transmission and behaviorism because of such viral messaging and marketing. What I’ve found out is that most people are unaffected by an issue/problem until it directly affects the. As someone on the receiving end of stigmatization, I feel responsible for sharing some wisdom with allies of those living with HIV. I want those allies to know: we are not invisible. We matter too.

So, for all you allies out there, here are some of my thoughts and suggestions about how HIV-negative people can support their HIV-positive family members, lovers, and friends:

I tend to dislike it when people feel sorry for us. You can sympathize with a cause, or with a point of view that resonates with you, but we prefer your empathy, which says, “Hey, I understand how you feel and I’m here for you.”

Slut-shaming describes the act of making a person feel guilty or inferior for certain sexual behaviors or desires that deviate from traditional gender expectations. An Op-Ed article written by Hussain Turk for Advocate.com reaffirms the idea that Sexual shame does, indeed, create a breeding ground for HIV within the gay community. He wrote, “Because the mainstream gay community has become a self-policing bastion of heteronormativity. We have shamed each other into sexual silence. We don’t talk about sex -- and we certainly don’t celebrate it, unless it’s the kind that is on its way to becoming part of an acceptable marriage.” I believe that sexual shaming is just one of many causes of HIV, because it silently reinforces shame while upholding society’s rigid stance on sexuality. The much-maligned African American Queer community has experienced the brunt of stigmatization more than any other racial/ethnic population (for example, a recent National Medical Association survey of African-American physicians revealed that three of the top five barriers to routine HIV testing related to social stigma). And within the black MSM community, HIV/AIDS related stigmas like homophobia and discrimination are also pervasive. So, it’s no coincidence that black men who have sex with men had the highest number of new HIV infections in 2013.

I don’t know everything. Living with HIV is a very individual experience. What works for me may not be what’s best for your friend, new boyfriend, or family member. Doctors and nurses probably know a lot more about the disease than I do. It’s a good idea to ask them. However, if you feel that those within your healthcare network don’t understand YOU, I challenge you to empower yourself by finding a healthcare professional who does. I also suggest you check out the About HIV/AIDS page on POZ.com!

I don’t have “cooties.” You can hug me, kiss me, and even date me. In fact, a recent article on HIVplusmag.com explained why dating an HIV-positive man might be safer. The writer affirmed “an HIV-positive man who is in treatment and is determined by his physician to have an undetectable viral load has reduced your risk to the smallest statistical possibility.”  Most HIV-positive men I’ve encountered while dating receive regular 3-month checkups and are up-to-date with pertinent vaccinations. Of course, the usage of condoms should be negotiated in any dating/hook-up scenario. But a man who is up front with his status should put you at ease. After all, he showed you his cards. Trust me, that’s not always easy.

An estimated 37% of HIV-infected individuals suffer from depression, and I am one of them. Even before I was prescribed anti-depressants for my bipolar disorder, I knew that I would never be considered “normal” by society’s definition.

But now I define what normal means to me. My “new normal” consists of: lots of pills that keep my body and mind healthy; healthcare professionals and therapists dedicated to my longevity; and a host of friends and family who constantly remind me that I matter. In the words of Whoopi Goldberg: “Normal is nothing more than a cycle on a washing machine.”