My, How Time Flies!

This week, as I sifted through my email inbox, I clicked on an alert from Hydeia Broadbent. For those unfamiliar with this young lady, Hydeia is a petite dynamo who has been working hard--for practically all her life--to spread awareness about HIV/AIDS.

Every so often, I get a hit from Hydeia announcing her latest appearances at events and on programs and panels where she’s ready to talk very passionately about a subject that’s been a part of her since birth.

Hydeia was born HIV positive in 1984; when she was 3, doctors diagnosed her with AIDS. (She defied a diagnosis by doctors that she wouldn’t live past 5.) Today, Hydeia is still defiant. She’s an outspoken advocate against a disease that many people believe has been cured. But that’s so not the case.

Today, Hydeia appeared Oprah: Where Are They Now? According to Hydeia’s press release, it’s been 20 years since she first appeared on Oprah Winfrey’s iconic talk show.

When I read that statement, it floored me! Has it really been that long? Inside my head a voice asked, And still there’s no cure? Wow! How quickly time flies. 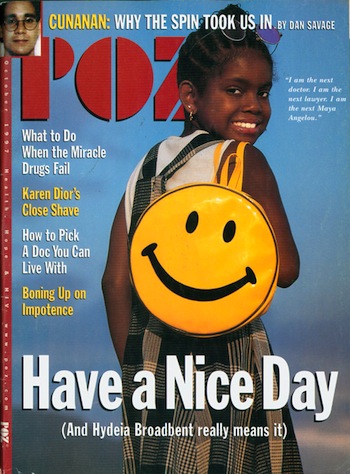 In our company’s archives, I found a picture of the October 1997 issue of POZ. Hydeia is pictured on the cover. At that time, she was a cute little girl, her hair in neat braided rows as she looks over her shoulder. She’s carrying a yellow, smiley-face bag that’s bigger than her head, and she flashes the reader a million-dollar smile. 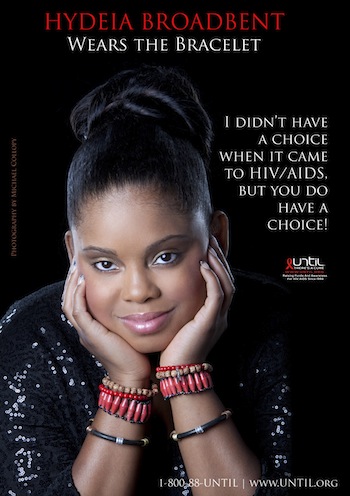 Today, Hydeia is a beautiful young lady of 29. She still has that million-dollar smile and, yes, her passion is still there. If anything, Hydeia is even more on fire and committed to raising awareness about HIV. She’s also a spokesperson for the “Until There’s a Cure” campaign. She appears on one of the organization’s public service announcement posters and declares, “We have grown complacent in America. And in our complacency we’ve failed to educate our youth. There’s so much misinformation. People think there’s a cure...There is no cure.”

This time, when she visited Oprah, Hydeia tweeted live and led a discussion online about “an epidemic that may no longer be in the headlines, but is still very prevalent right here in the U.S.”

Often it feels like time flies, yet some things still remain the same. Sometimes that’s a good thing, like when people such as Hydeia continue to work to raise awareness about the virus. Sometimes it’s not, like when there’s still no cure for HIV/AIDS.