Unlike most of my friends, I’ve been serene about an Obama victory for about three weeks now. McCain lost this race on September 15th, when he said the economy’s fundamentals were sound while the market crashed. His only chance of recovering after that was with one of the debates, and he lost all three of them. His biggest mistake was the Palin pick -- he excited his base, but completely lost the independents that had loved him eight years ago.

Obama will win big, by 6 points: 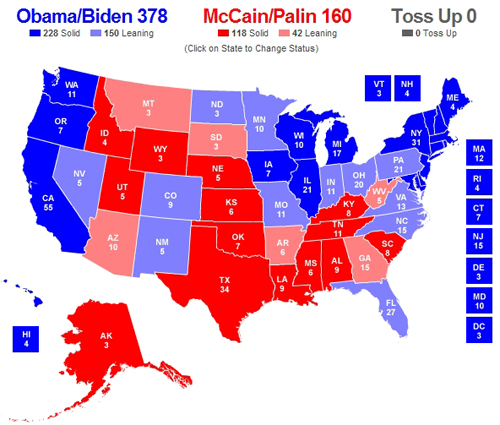 Switching HIV Meds to Biktarvy Is Safe, Effective Among Seniors