Help From My Friends

I am a 24-year-old, white, female graduate student living in New York City. I am HIV positive. I was diagnosed in June, just about five months ago, after going to the doctor for a routine check-up.

Approximately three weeks before I was diagnosed, I broke up with my boyfriend of two years, who I loved desperately, and who broke my heart when he cheated on me, and then begged me to stay. I thought the heartache of tearing myself away from my first love was one of the hardest challenges life would bring...Boy, was I wrong.

Recently, I was lucky enough to be offered the opportunity to be an anonymous blogger at POZ.com, so that I can share my experience as a young, newly diagnosed woman. The staff at POZ (who promote disclosure of HIV status to fight against the stigma) are graciously allowing me to withhold my identity.

I hope that readers will understand that my anonymity is not indicative of shame, but rather the desire to personally deal with my own diagnosis before I publicly disclose my status.

While I genuinely hope to help others get through the emotional roller-coaster that inevitably follows diagnosis, the reality is that I myself am still coping. I hope and sincerely believe that one day soon I will feel strong enough to disclose my identity, but for now (as my amazing friends and family have been incessantly reminding me), I need to do what will best allow me to heal.

So, for my first blog entry, I’ll start at the beginning of my story...

The doctor (who I had only ever seen once before) asks me after bringing me into a private room, “Has anyone ever talked to you about HIV before?” A knot began to grow in my stomach, and hoping I was wrong about what was coming next, I looked at him and said, “Well, yes...why?” He responded, “Your blood work came back HIV positive...but this might be a mistake. You don’t look like someone with HIV.”

In disbelief, fear, anger and shock, I began to cry as the doctor continued to ask me questions about my personal life to try to figure out how this happened to someone like me, who didn’t quite “look the part.” After he left me alone to sob some more, I called my roommate and best friend who I knew would make me feel better. 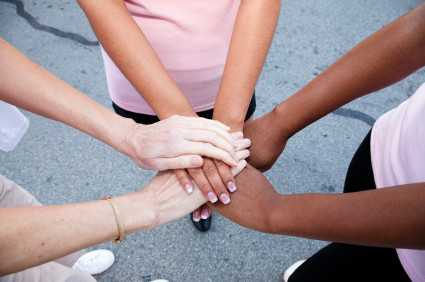 She told me not to worry, assured me that it could be a mistake, and that there was no need to freak out until I knew it was real. Well, in the next few days it all became very real. I had additional blood drawn, and found out that I was in fact HIV positive, despite the doctor’s ignorant inference that I didn’t “look” like I had HIV.

Once the second round of blood work came back HIV positive, somehow, my survival instincts kicked in. I WILL BEAT THIS. I told myself over and over again that there was no other way but to fight off this virus. I called my ex-boyfriend, who I had instructed to get tested a few days earlier, and unsurprisingly, he was also positive.

He apologized over and over for exposing me to HIV with his infidelities. What do you say to someone who you loved so deeply, but who betrayed you, abused your trust, and consequently inflicted you with a life-long disease? I never thought I’d have to answer that question...

Despite the huge range of emotions I’ve felt about my ex-boyfriend since that day (fury, pain, heartache, to name a few), for some reason the only emotion I could conjure up at the time was deep sadness and empathy. Although I believed my friends when they told me he didn’t deserve my kindness and support, it felt right at the time. After all, he was going through this too, and just three weeks before this man was my best friend, lover and partner.

For the last two years he was my entire world. And now he was alone. I knew his guilt (and his stubborn pride) wouldn’t allow him to reach out to his friends the same way I did later that day. So, after talking him down from contemplations of suicide, convincing him to see a therapist immediately, and trying to impose some of my newly found survivor strength onto him, I hung up the phone and began to wrap my head around what was happening.

I knew I couldn’t handle the reality of the situation alone, so I called one of my friends (who was largely responsible for my new-found survivor mentality) and he talked me through it. He told me that I would deal with this and I would survive, because that’s what we do when life throws obstacles our way - we adapt and keep on living as best as we can.

He told me that there would be some good to come of this situation, and that life just has a funny way of working itself out. He sent me some messages later that night to check in on me. One of his messages read: “We used to have Michael Jordan, now we have LeBron James. There was Magic Johnson, and now there is you.” His faith that I would overcome and not let the virus take over my life, helped me believe my mantra even more: I WILL BEAT THIS.

I was alone in my apartment for the next few hours (before my roommate came home from work) and felt I needed to talk about it more. So I called one of my best friends from college who lives in Washington, D.C. Within minutes she was on a bus, and within a few hours she was at my door ready to spend the night by my side. My roommate came home and I told her the news. Collectively, my friends helped me get through that first night.

They assured me that I didn’t do anything wrong, despite haunting feelings of shame and regret. They reminded me that all I did was love and trust someone completely, and just because that trust was abused does not mean I acted stupidly or irrationally. After the three of us shared some tears, hugs and words of support, I was feeling ready to take the next step...telling my family.

In the next entry I will write about my experience informing my family, something I was terrified to do. Before that, however, I do want to encourage any newly diagnosed people to reach out to trustworthy friends and share with them what you are going through. No one should have to go through this alone.

I can’t imagine getting through those first few days, or even hours, after I was diagnosed without the support and love I received from the three friends I chose to tell on that difficult day. I did not tell my friends who I’ve known the longest, or even my friends who I see the most. In fact, some of my oldest, most loyal friends still do not know about my status.

On that first day, I told my friends who I knew would be fully supportive and empathetic, who I knew would not judge me, who I knew were rational and optimistic, and who would give me the positive energy and strength I needed to get myself on a train to New Jersey and tell my family the news...