No word yet from Dunkin’ Donuts about being their spokesperson. God knows I’ve eaten enough donuts to earn the gig.

I can’t say that my intent to be their spokesperson is solely to show that people with HIV love to eat donuts. The truth is, I really need it to increase my public profile- taking nothing away from Synthetic Division and My Pet Virus, respectively. It’s just that I need more if I want to gain access to the new Democratic nominee, Barack Obama.

Come to think of it, maybe the silence from Dunkin’ Donuts is a blessing. Obama’s people would probably keep him away from a Jihad-scarf wearer, even if it meant gaining access to the coveted Donut-eater demographic. What would give them pause is that many people, including some Hillary democrats, think that Barack is Muslim.

Not that there’s anything wrong with being Muslim. It’s just that many of those frightened folks think being Muslim means you are a terrorist. And if he’s going to win in November, it’s going to take more than an American flag lapel pin to prove he’s not packing bombs under that suit.

Which is why I think he needs to be packing something else under the suit: a tattoo.

Here are my top contenders: 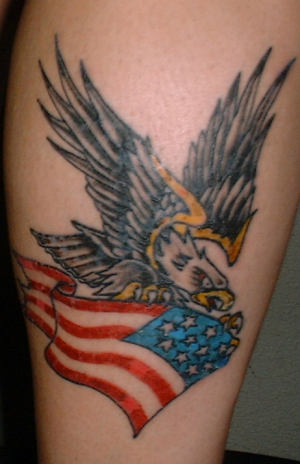 Eagle with Flag: This shoulder tat really shows pride, and a knack for kicking ass. 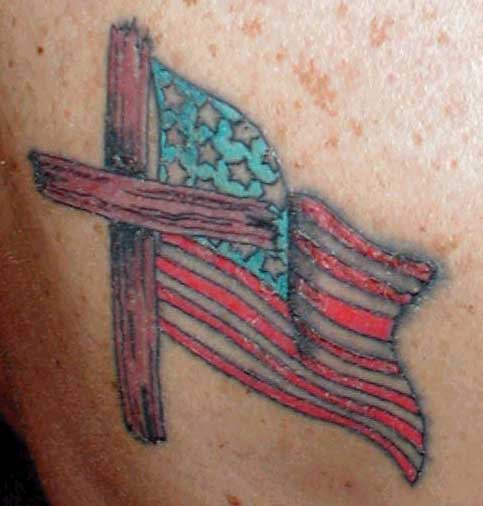 This one should go on his hand. Every time he gestures, people would be able to rest assured that Barack drinks the Jesus Juice. 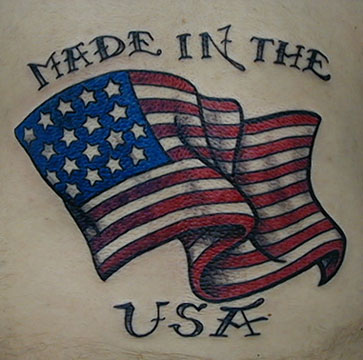 Barack comes from a bi-racial family. This is very unsettling to some Americans. This chest tattoo would comfort those people, and could be the last image that runs through their minds in the voting booth.

Now I’m hungry for a donut.