ObamaCare Is Here - But Is It Working for People with HIV?

On January 1, 2014, national health care reform will kick into high gear, providing new health insurance options for millions of people across the country. And thanks to visionary leadership from Cook County Board President Toni Preckwinkle, Cook County Health and Hospitals System Board CEO Dr. Ram Raju, and the Obama administration, the Affordable Care Act (ACA) is already being implemented in Cook County in the form of CountyCare.

This new program implements a provision of national health care reform that allows states to expand Medicaid programs to cover most low-income adults. The federal Center for Medicare and Medicaid Services (CMS) granted Cook County permission to implement the program in October 2012. Previously, as many as 250,000 Cook County residents were excluded from Medicaid because they did not meet the program’s restrictive eligibility requirements, such as being totally disabled. The AIDS Foundation of Chicago (AFC) estimates that 1,800 or more Cook County residents with HIV could benefit from CountyCare.

While CountyCare is a sign of great things to come, it also provides some critical lessons that can be applied later this year when health care reform rolls out statewide. AFC recently released a new report, CountyCare & the Ryan White Program: Working Together to Optimize Health Outcomes for People with HIV, that details the importance of CountyCare and the role it can play in improving access to health care for HIV-affected individuals. It also contains a number of policy recommendations for the city and state departments of public health, Cook County, and the federal government that aim to improve the program for people with HIV and avoid problems in the future.

The most significant issue with CountyCare for people with HIV is that nine HIV clinics  in Chicago are excluded from the primary care network. As a result, 500 or more patients with HIV could be forced to switch doctors to receive care at a clinic that’s already enrolled.

Many low-income people with HIV have connections to the health care system that are tenuous at best. They are facing not just HIV and its paralyzing stigmas, but also homelessness, mental illness, substance use, and chronic physical health conditions, such as diabetes and heart disease. Large numbers live in violence-plagued communities in Chicago, where a trip to the corner store can mean getting caught in turf-war crossfire. In such contexts, HIV care is the last thing on a person’s mind, and something as simple as having to find a new doctor can cause them to drop out of medical care entirely.

If those nine clinics are unable to join the CountyCare network, their HIV-positive clients will be forced to switch to new health care providers. The federal Ryan White Program, which subsidizes medical care for low-income uninsured patients with HIV, is mandated by law to be the payer of last resort, tapped only when people have exhausted all other sources of coverage. In fact, federal law prohibits clinics from serving patients with Ryan White dollars if their insurance could be used. Thus, people with HIV are caught in a bind: They are required to apply for all insurance for which they are eligible, but if they enroll, they might be forced to leave their current health care provider of choice.

The Ryan White Program’s payer-of-last-resort provision is a double-edged sword. Despite being a resource for people without coverage, it has the potential to disrupt existing doctor/patient relationships, something all of us - and especially people with chronic, complex health conditions like HIV and other co-occurring diagnoses - want to avoid.

Such potential disruptions occur because different federal government entities routinely drop the ball in coordinating and communicating their strategies. One of the lessons we have learned as we prepare to implement health care reform nationwide is to closely monitor the interactions and implications of various programs.  We cannot rely on the federal government to communicate across or even within agencies. Sustained advocacy and vigilance will be needed as health reform kicks off.

So what are other lessons we are learning from the CountyCare rollout, and what can we do to avoid situations like this in the future?

It’s clear that the transition to new health care reform programs will be slower than we want. Case managers and other staff at community clinics are already overwhelmed by the flood of clients they see every day; it will be challenging to help thousands more people apply for new ACA programs, connect them important resources, and ensure they’re receiving optimal HIV care. New federal funding for ACA enrollment staff will hopefully help with this task.

Moreover, the HIV community needs to better prepare itself for health reform programs. Most importantly, clinics should aggressively reach out to new Medicaid and private insurance programs to make sure they are part of these new programs, and the insurance companies must do their part and enroll HIV clinics in their networks.  Clients can’t be stripped of medical options because their doctor doesn’t accept their insurance.

Establishing the right enrollment and service systems under CountyCare is paramount for people living with HIV. We have a unique opportunity to improve health care access and services for individuals with this disease. Getting this right is imperative, so we can learn from this rollout and help tens of thousands of other Illinoisans affected by HIV, who will have new insurance options in 2014 when the ACA goes into full swing.

The new report from AFC also details recommendations for service organizations, case managers, government officials, and people with HIV, so that all can take full advantage of CountyCare. It’s available at www.aidschicago.org/countycare. 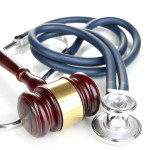