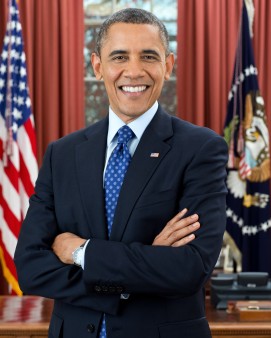 Last week, our nation’s largest AIDS organization, the Los Angeles-based AIDS Healthcare Foundation, launched a cable TV and Internet ad challenging President Obama’s silence on AIDS during his first 100 days in office (watch it below).  I’ve had my disagreements with AHF in the past, especially when it launched misleading treatment-related advocacy campaigns, but this time AHF got it right.

I know the man has his hands full, but Obama has ignored AIDS to such an extent that even the easy, no-cost policy fixes haven’t happened.  Take the long-standing, stigma-inducing HIV ban on travel and immigration to the United States.  President Bush, to everyone’s surprise, pushed for its repeal.  Last year’s Congress passed legislation that allows the Department of Health and Human Services to remove the ban, and Bush signed this legislation into law.

That only left one last step -- HHS had to publish a rule to remove the offending language.  The Bush administration did this, although not fast enough to have it become law before Bush left office.  All Obama had to do was let the Bush ruling stand and take effect after a period of public comment.  Instead, it got swept aside during Obama’s heavy-handed halt to all of Bush’s end-of-term regulatory initiatives.  Now it’s back to square one -- an almost identical rule has been prepared and published for public comment, again...months later.

If someone, anyone, had spent 30 seconds explaining the significance of this easy fix to Obama, he’d have his first tangible victory in the fight against AIDS.  But this probably didn’t happen.

Why?  Because the field of U.S. AIDS advocacy is largely impotent, and has been since the early 1990s.  With the possible exception of AHF, none of our national AIDS organizations has a vision or presense in Washington, DC, that amounts to anything meaningful for people living with HIV.  The last major AIDS legislation passed in the United States was Bush’s PEPFAR, and that was pushed largely by the religious right, not AIDS advocates.  Regardless of its warts, PEPFAR has saved millions of lives.  But it’s an international program, not a domestic one.  People living with HIV here haven’t seen help from Washington since the Ryan White CARE Act passed in 1990.

Because of our impotence, it’s hard to blame Obama.  And besides, by a long mile, the most important thing any president could do for Americans living with HIV is pass legislation that guarantees healthcare for all.  If Obama does this, we can certainly forgive his 100-day silence on AIDS.