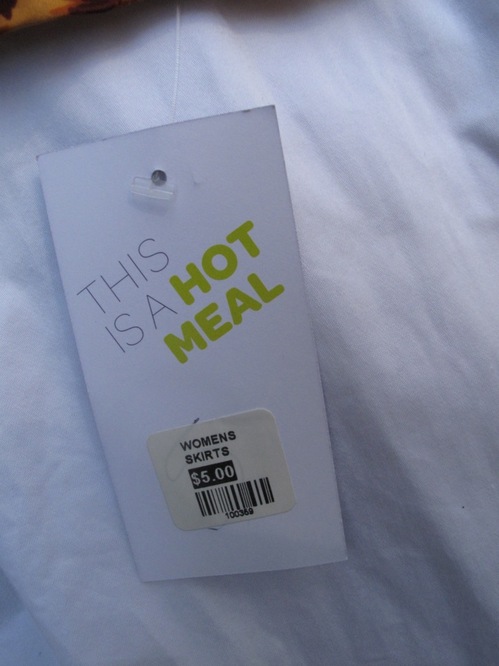 On Saturday morning, June 5, I ventured a few blocks from my apartment in the East Village to the Housing Works annual Open Air Street Fair. The entire block of Crosby Street (between Houston and Prince) was closed for the event.

By the time my friend and I arrived at 11am, the street was already bustling with people looking for bargains. In addition to selling books, movies, CDs and vinyl (most for only $1) the Housing Works Thrift Shop also offered determined shoppers $20 “all-you-can-stuff” bags of clothing. People sifted through (literally) mounds of clothing looking for great deals.

I found an adorable vintage pale blue coat in great condition, but alas, it was not my size. My friend managed to score a cute Yves St. Laurent sweater and I eventually found a skirt with a funky floral print. We had to leave before the live music started, which I’m sure only helped attract more people to the street fair. Past fairs have attracted more than 50,000 people and generated more than $45,000 for Housing Works.

Also this weekend, Sunday, June 6, was the 21st annual Crusaid Walk for Life in London. The 10K walk raises funds and awareness for people affected by HIV/AIDS. Last year, I happened to be in London on the day of the event and walked it with my dear friend, Scott-Lee.

He’s been walking in AIDS walks (both in the UK and in the U.S.) for as long as I’ve known him and it was cool to be able to join him in his fundraising efforts as we walked through the streets of London. I was definitely with him again this year in spirit. Since 1986, the event has raised more than £33 million (almost $50 million) for Crusaid.

This weekend’s events reminded me that as individuals we can never do too much to raise awareness (and money!) for people living with HIV/AIDS.