A Secular Question: How Many People Are Living With HIV But Without God?

Today, April 23, is Openly Secular Day, a time when non-religious people are encouraged to “come out” to at least one person as being secular. The goal is to create allies and reduce misunderstandings about agnostics, atheists, humanists, the non-religious, nones, or whatever name non-believers go by.

I only learned about Openly Secular Day this month, but I immediately related to it and understood the benefits of coming out. I expect most everyone in the LGBT and HIV communities could see the benefits. After all, research proves that people are less likely to be fearful of or prejudiced against gay people if they actually know a person who is openly gay. It’s not a stretch to apply the same idea to people living with HIV. Or to people living without God.

But in order to move toward a more enlightened future, we have to “come out.” So here, briefly, is my secular story--or “testimony,” as I would have called it back in my days at the Second Baptist Church. Yes, there was a time when I was very religious. Growing up in the rural Midwest at a time before the Internet, I felt like the Southern Baptist church was an extended family. I have many wonderful memories of that church community. But then two things happened: I went away to college and I came out as gay. For a general history class on ancient world cultures, I read about the great flood myth in the Epic of Gilgamesh, and just like that--literally, in the time it took me to read two pages in my textbook--I realized the Bible was myth too.

This intellectual epiphany did not leave me feeling antagonistic to religion. That attitude developed during the next decade, as I became attuned to Bible-based bigotry and began to untangle all the damaging ideas about my self-worth I had subconsciously developed thanks to religion. After all, Christianity teaches that even heterosexuals are broken, filthy beings unless they believe in a supernatural story. Just to give you an idea: I was a good Baptist boy who got on his knees at the foot of the bed each night to pray to God--even as a freshman in college--and to plead to the Heavenly Father to please wash away the temptation of homosexuality.

This did not end well. By my early 30s, I had begun to view religion as a great evil in the world. Then, when I became editor-in-chief of The New York Blade, an LGBT newspaper, and also began freelancing at POZ, the unexpected happened: My stance toward believers softened. While covering HIV issues and the Empire State’s march toward same-sex marriage equality, I came in contact with many people of faith who were--shocker!--supportive of gay people and equality. I heard testimony after testimony from people with HIV who found hope and inspiration in their church community--particularly the African-American church community. (I haven’t heard as much from HIV-positive people who are openly secular. I wonder if this is because, by nature, many of them are not as organized and outspoken about their nonbelief.)


Today, if I had to label myself, I guess I’d say I’m an agnostic humanist gay dude. I embrace the mystery of the unknowable, and I find majesty in what we do know. (This week, coincidentally, the Hubble Space Telescope celebrates 25 years in orbit; I am in awe of those space images.)

It irks me when religious folks claim that nonbelievers can’t possibly appreciate life or have morals or care about their fellow human beings. But as the humanists point out, you can be “good without God.”

And as I’ve come to accept once again, you can also be good with God.

On Openly Secular Day--and on every day of every year--I’d like us all to focus less on the “God” beliefs that divide us and more on the “good” qualities that unite us. 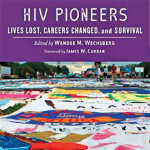 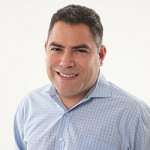 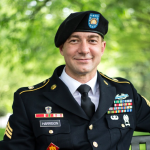 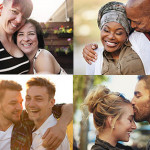