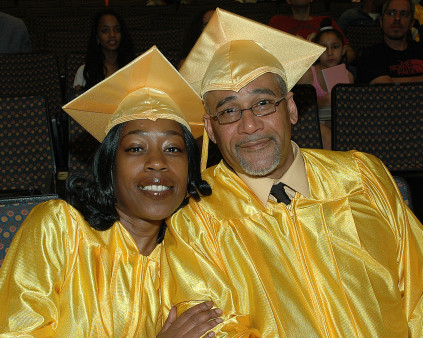 Graduates of The Alliance for Positive Change now have the skills to provide health care to people with chronic illnesses, including HIV.

Caps flew in the air inside Mount Sinai Medical Center’s Goldwurm Auditorium on May 22 as nearly three dozen yellow-gowned graduates of The Alliance for Positive Change’s Peer Recovery Education Program (PREP) celebrated the end of one stage in their lives and the start of another. They had just completed eight weeks of training to become New York City’s newest cohort of health care advocates.

Founded in 1990, the Alliance, formerly AIDS Service Center NYC, has offered its PREP training for more than two decades. PREP is designed to empower people living with chronic illnesses, including HIV/AIDS, hepatitis and diabetes, to provide care and support to others like them.

Fifty-two PREP classes have graduated since the program’s inception. This spring’s graduates will join more than 1,000 PREP alumni working to connect an estimated 15,000 New Yorkers with necessary health care resources each year, according to a recent press release by the Alliance.

“These graduates prove that second chances and positive change are indeed possible,” said Sharen Duke, executive director and CEO of the Alliance, in her commencement address. “Now, they will be paying it forward by helping more people feel better, live better and do better.”

And not only will they help people “feel better, live better and do better,” Joyce Myricks, PREP’s lead trainer, testifies that they will also form lifelong friendships.

“This is my 11th year of doing this, and I have never seen that not happen,” Myricks told POZ. “Every group kind of gels. They become a community in those eight weeks.”

As an example, Myricks cited a longstanding PREP tradition: taking a group photo on the first and last day of class. Every year, the difference in the two photos is, according to her, truly astounding. “[It’s] not even just a change of expression,” she said. “People are sitting taller and smiling. This is something that stays with individuals.”

Although Duke is less hands-on than Myricks, she has gotten that impression as well.

“For me, as the executive director, what I see is individuals come into the training on day one [not knowing] each other, and over the course of the two months [of training], they not only learn information that they will be able to pass on to others, but they also learn about developing trust and community among themselves,” she explained to POZ.

“And so they come in as strangers, and they leave as connected individuals who support one another. For me, that transformation process of connection, growing and learning together is a really beautiful thing.”

Duke and Myricks’s faith in PREP’s transformative abilities is matched only by that of their current and former students. At last month’s ceremony, graduate Freddy Manuel discussed the opportunities the program has afforded him.

“Our success is not just our success alone,” he said, as the audience hung on his every word. “Drawing from the skills we have gained through this program, we can be that source of hope and guidance for others—we can help others to succeed, just like we did.” 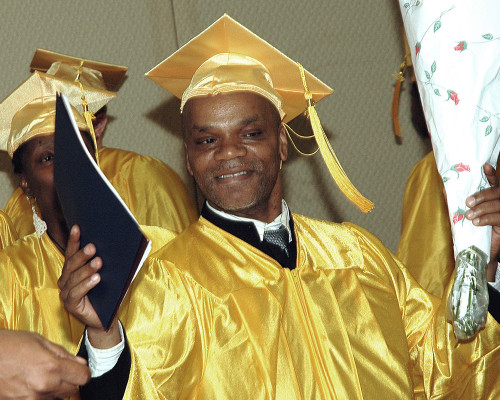 A graduate of The Alliance for Positive Change’s PREP holds his diploma in one hand and a bouquet of flowers in the other.Courtesy of David Nager/Alliance. 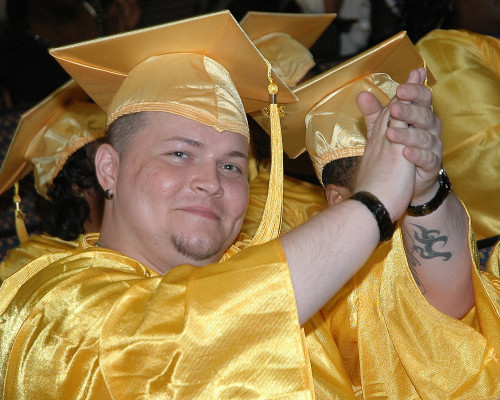 A graduate of The Alliance for Positive Change’s PREP.Courtesy of David Nager/Alliance.