Screenings of Positive Women: Exposing Injustice and HIV is Not a Crime 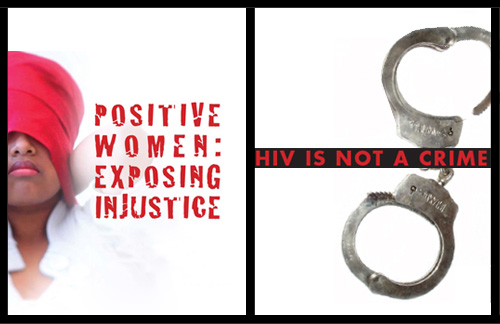 Not long ago, I watched Positive Women: Exposing Injustice, a 45 minute documentary produced by the Canadian HIV/AIDS Legal Network about how HIV criminalization affects women. It is an amazing film and not only addresses the impact of criminalization, but also conveys brilliantly how complicated--and potentially dangerous--HIV disclosure can be, especially for women.

Next Thursday, March 7, Positive Women: Exposing Injustice will be screened along with Sero Project’s short documentary, HIV is Not a Crime, with a panel discussion afterwards, at the SVA Theatre at 333 Eighth Avenue in New York. Broadway Cares, Housing Works, Visual AIDS, the International Community of Women with HIV/AIDS and Positive Women - USA are partners in the event and it is going to be a fascinating and thoughtful evening.

We still have a limited number of free tickets available. If you’re interested, click here to RSVP to Broadway Cares. Sorry, limit is two tickets per person.

It’s a great chance to enjoy two excellent films, connect with other advocates combating HIV criminalization and learn more about how we can stop HIV stigma, discrimination and criminalization. I’m looking forward to it.