It’s been 35 years since the first five cases of what’s now known as AIDS were first reported by the Centers for Disease Control and Prevention (CDC) in its Morbidity and Mortality Weekly Report (MMWR) of June 5, 1981. (It would be some time still before HIV was identified as the cause.) To mark the anniversary and all that has been accomplished since then with regard to the understanding and treatment of HIV, on June 5, 2016, the federal government posted statements from top officials, including President Obama and Anthony Fauci, MD, director of the National Institute of Allergy and Infectious Diseases (NIAID).

Noting that “stigma and silence don’t just fuel ignorance, they foster transmission and give life to a plague,” Obama also seemed to acknowledge the role of activists in helping to alter the epidemic’s trajectory, saying, “We’ve reaffirmed that most American of ideas—that ordinary citizens can speak out, band ourselves together like a breathtaking quilt, and change the course of our communities…for the better.”

In a video Q&A, Fauci recalls how his career and life changed when a month after that first MMWR article, a total 26 cases were reported, and he decided to “pursue this disease that didn’t even have a name at the time, much less an ideology.” Back in the 1980s, someone diagnosed with AIDS often had a prognosis of living only one to two years, Fauci points out, comparing that grim outlook with today’s era of effective antiretroviral treatment. “What’s transpired from 1981 to now,” he says, “is really one of the most extraordinary accomplishments in biomedical research.”

Amy Lansky, MD, PhD, acting director of the Office of National AIDS Policy, and Richard Wolitski, PhD, of the Office of HIV/AIDS and Infectious Disease Policy, also offer their reflections on the epidemic and their strategies for prevention, including testing, early treatment and pre-exposure prophylaxis (PrEP).

You can watch the video statements below. To read Obama’s full statement, click here. 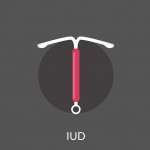