And what should we call it when a woman lets her baby daughter die because she refuses to believe the baby has a treatable illness? A murder?

Christine Maggiore, one of America’s most prominent AIDS denialists -- someone who believes HIV is not the cause of AIDS -- just died at the age of 52, three years after her daughter’s death, according to the L.A. Times: 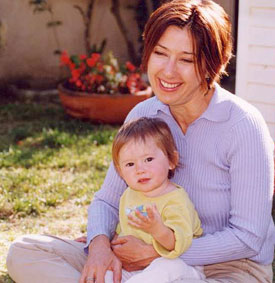 Maggiore, 52, was founder of Alive & Well AIDS Alternatives, a nonprofit that challenges “common assumptions” about AIDS. Her group’s website and toll-free hotline cater to expectant HIV-positive mothers who shun AIDS medications, want to breast-feed their babies and seek to meet others of like mind. She also had written a book on the subject, titled “What if Everything You Thought You Knew About AIDS Was Wrong?”

In 2006, the Los Angeles County district attorney’s office decided not to file criminal charges against Maggiore, whose daughter died the year before in what the county coroner ruled was AIDS-related pneumonia.

Los Angeles police had been investigating whether Maggiore and her husband, Robin Scovill, were negligent in not testing or treating Eliza Jane Scovill for the human immunodeficiency virus before her May 2005 death.

AIDS denialism has resulted in hundreds of thousands of deaths in South Africa (see my previous post explaining why), and now two more here in the U.S.

Any other idiots want to kill themselves or their children today? Anyone else out there with an HIV diagnosis want to just believe it’s a harmless virus?


Edited to add: While I have been allowing denialists to vent in the comments section of this posting, I won’t allow them to link to or promote any of their propaganda, which I consider lethal. I have edited some comments below to remove some links, and have deleted at least one post that was purely promotional. I consider AIDS denialism to be similar to a deadly virus, and won’t let it infect this blog.