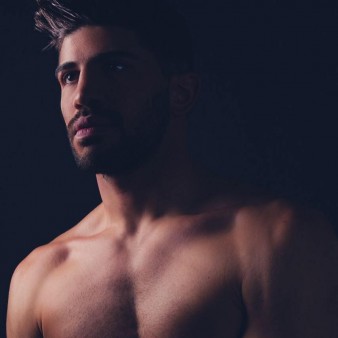 Dancing On My Own

Have you ever had someone wish that you’d die of AIDS? I have. It wasn’t fun. It didn’t feel good. It was someone I only saw as a friend. A person I looked up to, who challenged me.

Have you ever had someone wish that you’d die of AIDS? I have. It wasn’t fun. It didn’t feel good. It was someone I only saw as a friend. A person I looked up to, who challenged me.

It was a lovely September Day. I was warming up in the holding room for an audition for a Broadway production. As I stretched and said hi to the people I knew in the room, I was introduced to another dancer. We will call him “John.” He was fun and flexible, and we both had a great idea to go out to get 2-4-1 drinks afterward; funny enough, the dance captain, when giving us direction, said, “Imagine you’re at work and all you can think about is getting out and going to happy hour.” John and I looked at each other and smirked. It was the beginning of a friendship. Fine, it was the beginning of a sisterhood.

Autumn was starting to fill the air. The feeling that the holidays would be here shortly—that also meant that it was Nutcracker Season. John grew up out west near Reno, NV, where he was part of a dance company. They needed more guys, so he asked me if I had any interest in going with him. I was excited, and I decided to go.

I figured going out west to do the Nutcracker would help get me back on track with dance and discipline. Leaving New York for a few months left me feeling lost, and it showed in my inability to manage myself. I couldn’t get anywhere on time. I didn’t think I’d be as likely to drink, but I did more. There is a lot of wine on the west coast. It turned out, I was still the same troubled me, just in another city.

John and I were fine for the first couple of weeks being out there together. Then as it sometimes happens, we were impatient and didn’t see eye-to-eye. Arguments started, and we didn’t want to be around each other.

The night before Thanksgiving, we decided to get a group of guys together to go out to one of the local gay bars. We were getting along that day and so we got dolled up and drove downtown. It was fun for about an hour until the alcohol poured onto a fire that wasn’t yet extinguished. A fire that was about to flare and cause so much damage.

It caught up with me when the person I knew and trusted the most in the cast used my status in a drunken argument as a weapon. It doesn’t matter the cause of the argument, but it shattered my heart, my spirit, my whole being.

I remember the feeling of betrayal and anger, and for the first time since I was diagnosed, I wanted to die. He wished I would die of AIDS. Funny how the littlest words can cause immense pain. They can cause someone to isolate and want to remain there.

I remember the gossip and whispers for a few weeks throughout the cast. I felt so alone. I felt alone and I just wanted to come home. I wanted to runaway, but there was nowhere to go. There were a few people that I had become close friends with that were really there for me, and made me feel like I was there for a reason.

Luckily, I can accept my part in that situation with John today, and I know I should’ve shown up better prepared for the job that he referred me for, but I just wasn’t ready. The best thing is that I allowed myself to get on stage and do what I was meant to do. HIV and chatter wouldn’t and couldn’t hold me back. I’m grateful for that experience today. I wasn’t ready to tell many people, but it forced me to find a strength I didn’t know that I had.