National Black HIV/AIDS Awareness Day was earlier this month on February 7th. In recognition, the ETE Dashboard is sharing data on HIV prevention, care, and treatment for Black New Yorkers.

While there have been overall improvements in various metrics for New York State since the beginning of the Ending the Epidemic Initiative, data reveals continuing racial disparities in HIV prevention and treatment outcomes. 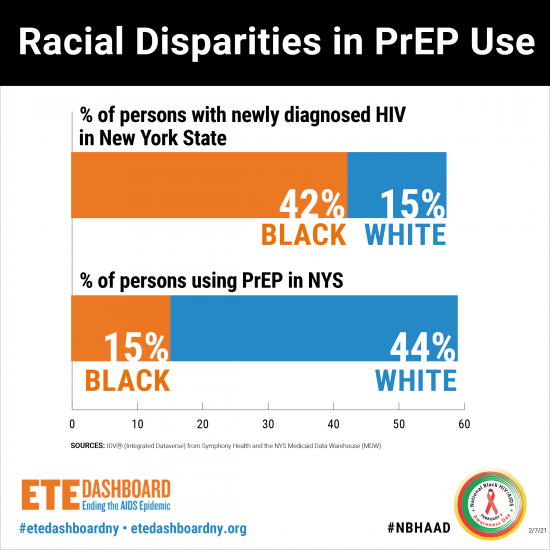 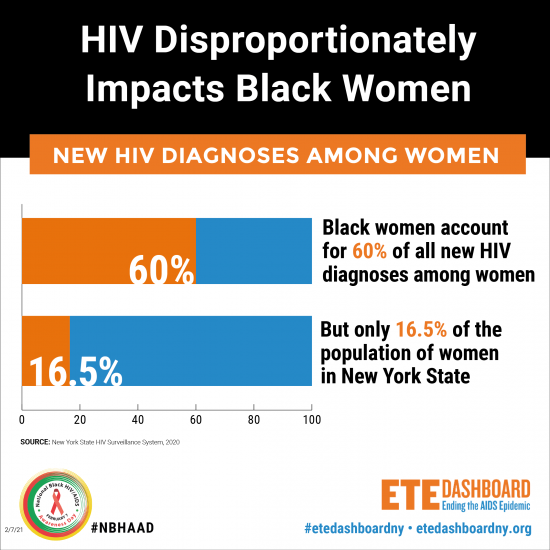 HIV disproportionately impacts Black women and men. Black women account for 60% of all new HIV diagnoses among women in 2019, but make up only 16.5% of the population of women in New York State. 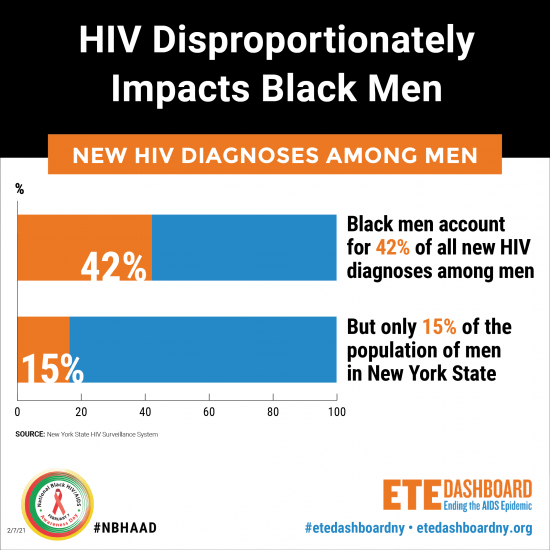 In 2019, Black men account for 42% of all new HIV diagnoses among men, but make up only 15% of the population of men in the state. 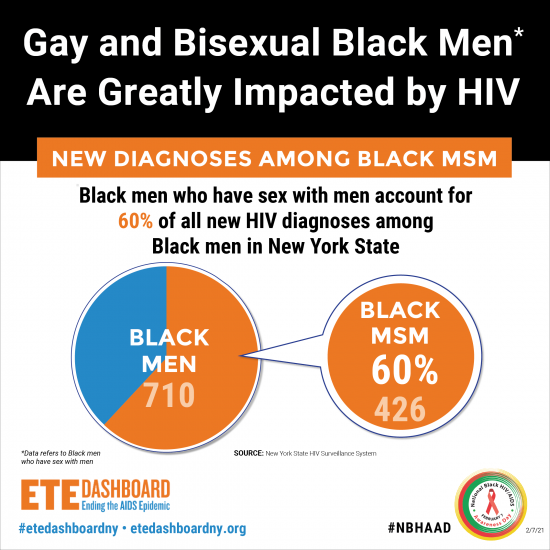 Within the Black community, gay and bisexual men are disproportionately impacted by HIV. Black men who have sex with men account for 60% of all new HIV diagnoses among Black men in New York State. 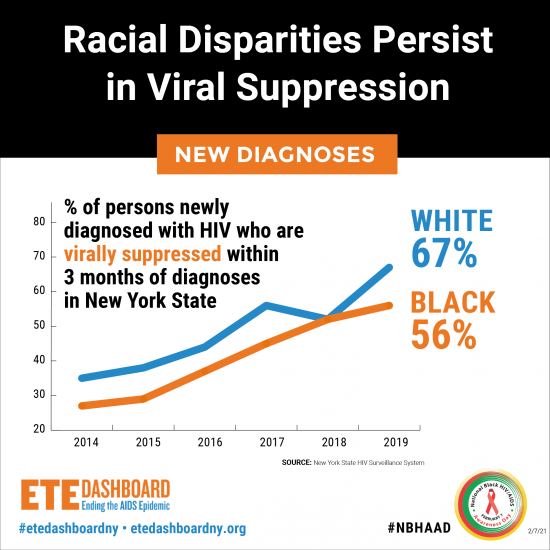 To explore these data further, visit our PrEP use, HIV Testing, and HIV Care Continuum – People Newly Diagnosed with HIV visualization pages. If you are interested in HIV/AIDS related health outcomes among Black New Yorkers, you can filter results by race/ethnicity using the menu drop down feature located on each of our interactive dashboard pages.

[i] Race/ethnicity data for PrEP users in New York State should be interpreted with caution, due to high numbers (26%) of missing/unknown race/ethnicity in the dataset. 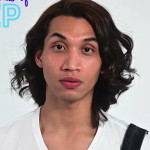