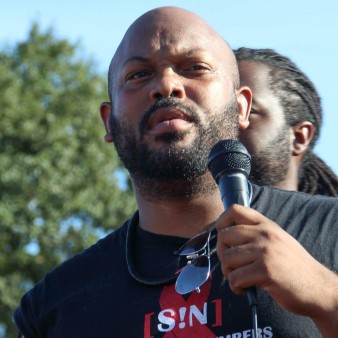 #RealTalk: An Open Letter to Hillary Clinton & Everyone Else - Get Educated On HIV

Dear Secretary Clinton & Everyone Else, 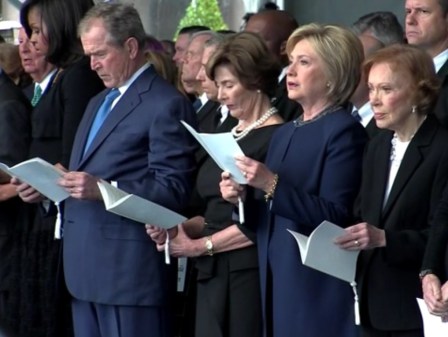 Yesterday a whole lot of anger and hurt came into fruition behind your statement: 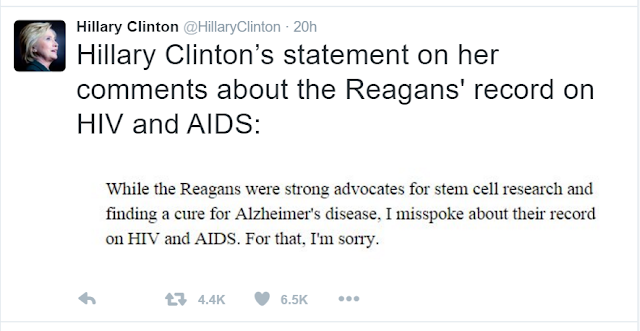 My issue with you and EVERYONE else, is that no one is taking the opportunity to address the present issues surrounding HIV. The language alone is stunning. It is 2016 and the majority of folks today (including myself) don’t have AIDS, we are living with HIV! The two are not synonymous and yes it is important that we respect the past and how we got here because of science, disruption, and protest. 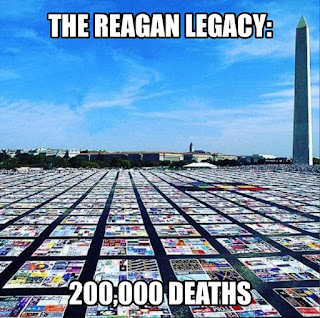 “In the early days of the HIV/AIDS epidemic, the Reagan Administration was rife with homophobic staff who treated the burgeoning crisis as the source of humor during daily press briefings and snickers between men who had no empathy for the individuals facing imminent death. In 1983, Assistant Secretary of Health Edward Brandt, established an Executive Task Force on AIDS to monitor and manage the issue politically--excluding Surgeon General Everett Koop from attending and instructed journalists not to ask Surgeon General Koop about AIDS. In the summer of 1985 Rock Hudson died in Paris after his people reached out to his friends, Nancy and Ronald Reagan to get into a French hospital where he could access experimental medicines. He was denied. Mrs. Reagan worried that if she started doing favors for ’friends’ she might be overwhelmed. In February 1986, President Reagan asked Koop to write the first report on AIDS released October 22, 1986. In May of 1988, Surgeon General Koop sent a condensed version of his AIDS report in a letter to every U.S. household, making it the largest government mailing in our history and the only one to this day that has ever contained that level of explicit sexual information. There was a record, largely framed by fear, inaction, homophobia, hatred, ignorance, and death. There were bright moments amidst the terror, like the heroic work done at the CDC and NIH, but Hillary Clinton’s misstatement today (she has corrected the record) about the Reagan’s efforts on behalf of HIV/AIDS brought it all back to me. We MUST remember--accurately.” - Ernest Hopkins

I wrote a piece recently called #RealTalk: Nothing About Us Without Us - The Black Community & HIV. In it I spoke about the Denver Principles and leadership among those living with HIV. I made the observations that: 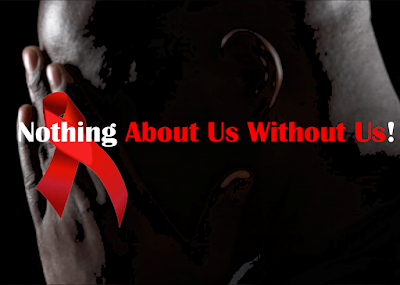 "1. As a person living with HIV, I have come to quickly learn that many, if not all organizations that have anything to do with HIV & AIDS in existence do not have people with the lived experiences of being HIV positive on their boards.

2. There is only a focus on MSM or Men who have Sex with Men in their work of getting to ZERO. Many of the the coordinators, prevention specialists, and others who work on the community level are not in management and are Black. There are very few Black persons in upper management when it comes to organizations that provide care, on top of that, the ones (not all) who are in high level positions tend to come off as elitist and out of touch.

3. The lack of education in the heterosexual, BISEXUAL and TRANS communities. Straight Black women and men are at peril - especially women. IF we are to truly get to ZERO in the black community why are we ONLY focusing on Gay black men.

4. If our community organizations like churches and leaders won’t (address these issues), why can’t we table in the areas ourselves? When will there be a movement to hold the federal government to the fire to create a tracking system that is more holistic and respectful to the Trans community? After all, why keep counting Transwomen as men, while ignoring Transmen completely?"

“Nothing About Us Without Us!” (Latin: “Nihil de nobis, sine nobis”) is a slogan used to communicate the idea that no policy should be decided by any representative without the full and direct participation of members of the group(s) affected by that policy. This involves national, ethnic, disability-based, or other groups that are often thought to be marginalized from political, social, and economic opportunities."

The reason I bring this up is because I don’t hear or haven’t read about anyone talking to folks LIVING with HIV, all I see is you all rattling sabers about whether you like Sec. Clinton or Sen. Sanders better. Where is the conversation about HIV and how we can de-stigmatize, educate & grow from our conversations? I admittedly support you Sec. Clinton, but I refuse to defend you on this issue and I refuse to accept your apology. I also reject the notion that because I support you that I cannot be angry about this. In truth there are those who will say it was a speechwriter among other defenses on your behalf. I am waiting for and demanding that a continuous conversation be had, that includes you Sec. Clinton and other candidates on the local and national stage about HIV, but lead by folks LIVING WITH HIV.

Many of you have lots to say, taking this opportunity to attack Sec. Clinton and I am angry with you all, especially those of you who don’t have the HIV lived experience. I am angry because you all aren’t talking about HIV. You are right to question Sec. Clinton’s statement for sure and I love that, but the lack of conversation about HIV IS JUST OUT OF LINE. I am calling on you all to become more supportive while measuring cocks about your candidates. 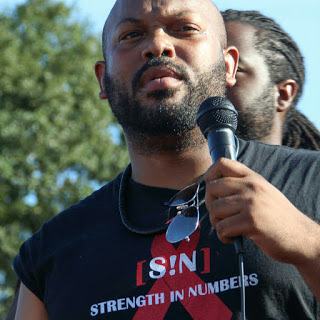 In all honesty, dealing with HIV outside and within the Black community, stigma has a stronghold. The lack of HIV 101 plays a large part in why stigma is such a huge issue, it is saddening. It is one of the reasons that I came out of the HIV closet, which was for everyone who has been ostracized and made to feel nasty. While many of us who have HIV are healthier than most out in the general population, Black gay men die at a higher rate from HIV than those who are in the group where HIV infection is actually the highest. Now think about how the Black heterosexual community is affected, especially Black women.  It is so bad that the CDC released a report on a study it conducted, which “provides the first-ever comprehensive national estimates of the lifetime risk of an HIV diagnosis for several key populations at risk and in every state.”

This projection states that “If current HIV diagnoses rates persist, about 1 in 2 black men who have sex with men (MSM) and 1 in 4 Latino MSM in the United States will be diagnosed with HIV during their lifetime, according to a new analysis by researchers at the Centers for Disease Control and Prevention (CDC).” This projection is problematic just like how the events of yesterday are being handled. The idea that “African American men overall are almost 7 times more likely than white men to be diagnosed with HIV in their lifetimes. The disparity among women is even greater: 1 in 48 African American women will be diagnosed with HIV in their lifetimes, compared with 1 in 227 Hispanic women and 1 in 880 white women....” should scare you shitless, not for your life, but that more is not being done to stop this epidemic. If Black Lives Matter then Black HIV positive lives, and HIV lives over all damn sure matter! 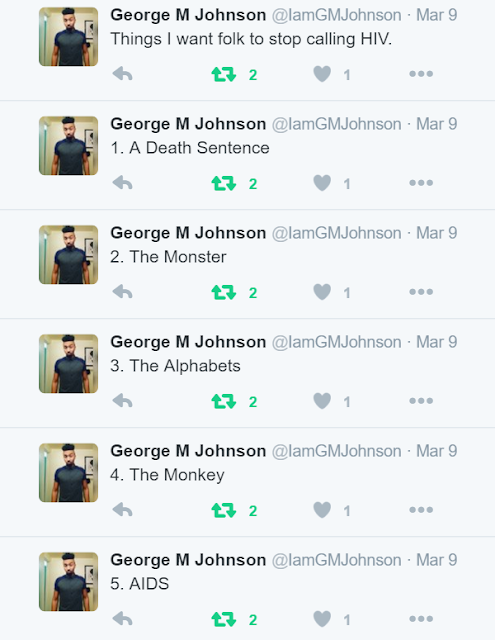 Originally posted on the Strength In Numbers Blog: http://ashtonpwoods.strengthinnumbershouston.com/2016/03/realtalk-open-letter-to-hillary-clinton.html

Information you should know:

In the United States, HIV is spread mainly byh aving sex with someone who has HIV. In general:

RECOMMENDATIONS FOR ALL PEOPLE

1. Support us in our struggle against those who would fire us from our jobs, evict us from our homes, refuse to touch us or separate us from our loved ones, our community or our peers, since available evidence does not support the view that AIDS can be spread by casual, social contact.

2. Not scapegoat people with AIDS, blame us for the epidemic or generalize about our lifestyles.

RECOMMENDATIONS FOR PEOPLE WITH AIDS

2. Be involved at every level of decision-making and specifically serve on the boards of directors of provider organizations.

3. Be included in all AIDS forums with equal credibility as other participants, to share their own experiences and knowledge.

4. Substitute low-risk sexual behaviors for those which could endanger themselves or their partners; we feel people with AIDS have an ethical responsibility to inform their potential sexual partners of their health status.

RIGHTS OF PEOPLE WITH AIDS

1. To as full and satisfying sexual and emotional lives as anyone else.

2. To quality medical treatment and quality social service provision without discrimination of any form including sexual orientation, gender, diagnosis, economic status or race.

3. To full explanations of all medical procedures and risks, to choose or refuse their treatment modalities, to refuse to participate in research without jeopardizing their treatment and to make informed decisions about their lives.

4. To privacy, to confidentiality of medical records, to human respect and to choose who their significant others are.

This document is a goldmine that has been the template time and time again when it comes to healthcare and politics. Its about time we have education, TRUE representation, advocacy & Activism by us, for us.