A new interactive visualization tool on the ETE Dashboard summarizes HIV Care Cascade outcomes since the beginning of the universal treatment era (i.e., the recommendation that all persons diagnosed with HIV start treatment) through 2016 for all persons living with HIV in New York State.* Cascades can be displayed by calendar year, demographics or county/Ryan White region. 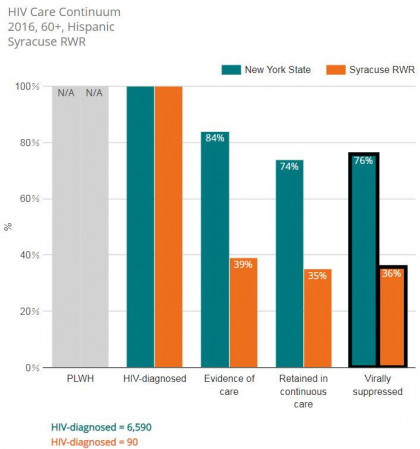 Explore the NYS HIV Cascades interactive tool to view care continua by year, geographic area (county/region), and population group (demographic or transmission risk), with the option of downloading or sharing your customized cascades via our social media share function. 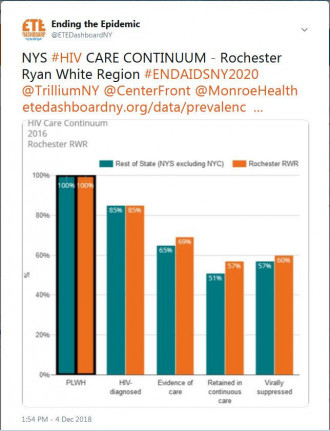