Twitter
Facebook
Pinterest
Tumblr
Email
Advertisement
I’m not a religious guy, but I do believe in something bigger than our physical bodies- I just don’t know what exactly “it” is. Do I believe that humans are more important than toads? Yes. But that’s because I am human and I am blessed/cursed with self-awareness and ego. That said, I do love me some toads.

As long as they don’t startle me.

What does startle me is the lack of an HIV prevention message in churches.

Often times I wonder: if I weren’t HIV positive would I be more religious? Officially, my status doesn’t exclude me from any particular religion, but when I tested positive in 1987 at age 11 my parents did encounter a few roadblocks when they tried to join a couple of churches in our small hometown. That was fine by me; I loved sleeping in on Sundays. As I came to terms with my status, I was welcomed into the AIDS community by a very friendly, outstretched arm of support from the gay community. After that, I took it personally whenever I’d see homophobic speech from fellow Virginia boys such as Jerry Falwell and Pat Robertson.

There are lots of churches that help people with AIDS and welcome them into their flock. The problem I have is the lack of HIV prevention, particularly in the African American community, where AIDS is the leading cause of death among African American women in their early 40’s. One would think that HIV prevention for teens would kick off Sunday school every weekend, but I think one of the problems with churches in general is a focus on things that people wrote one hundred years, when the focus should be on today’s issues and what we can do as people to help one another through the challenges of modern day living.

Perhaps I’m viewing the whole issues from the AIDS-colored lenses? As someone who has lived with this energy-sapping, socially stigmatized medical condition, I do what I can to prevent the spread of HIV by educating about how the virus is transmitted. At the same time, I’m sensitive to those who, like myself, are already infected.

For Catholics, the big hang up is condom use. I’ve spoken at a few catholic universities with my wife partner, Gwenn, and we shared how we used condoms to keep her HIV negative. Among the younger generation, there is an openness about this topic that is coming to light, and it’s a wonderful thing to see.

My frustration with the lack of religious backing in HIV prevention is that they have the one thing that HIV educators seek out more than anything: a captive audience. If you have someone’s ear, then you have their heart; you have their trust. And if you are providing life-saving information, then what better example can you give of truly valuing human life? Valuing human life after it’s been conceived, when we all start to get a little more complicated than our humble, sperm and egg beginnings. I wish the churches would do more, and then I think about the judgmental tone that it is often used in religion... in HIV prevention work, taking that tact could actually do more harm than good in terms of risk reduction.

Sadly, until religions can adequately confront their homophobia, they will remain of no use in the battle against HIV. In that regard, I sometimes wonder if toads would have a better chance of licking this problem than us humans.

PS... be sure to read the September 2010 Poz cover story by Trenton Straube, on why the ex-gay movement is a danger to gay and questioning youth and how homophobia increases the risk of HIV transmission. Hope everyone had a great National Coming Out day yesterday! 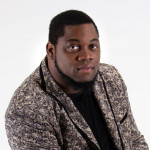