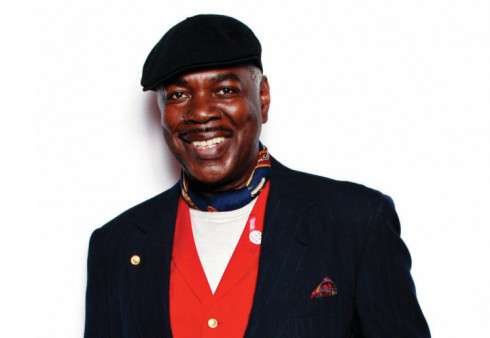 Visual AIDS is heartbroken to announce the passing of a beloved member of our family, the brilliant artist, poet and performer Frederick Weston. Fred died last week after a private battle with cancer.

It was a joy to know Fred, and we are grateful for the many ways he brought his visionary talent and personal warmth to our lives and to our programs. He spoke and performed original poetry at our public events, led education workshops, contributed to exhibitions and was a valued member of our archive and our community. Fred lived near our office and would often stop by for visits that were the highlight of our week. We will feel a keen sense of loss without Fred’s creativity, his warm and welcoming personality, his sartorial style, his iconic double hugs, and his signature sign off, “Bye for now!”

The Visual AIDS Archive Project was one of the first places that Fred shared his visual artwork. We are proud that his association with us created a gateway to professional success later in his life, including representation by the gallery Gordon Robichaux, roles as a featured speaker for the Whitney Museum of American Art and the Smithsonian, and receipt of the Foundation for Contemporary Arts’ Roy Lichtenstein Award, among many other achievements. 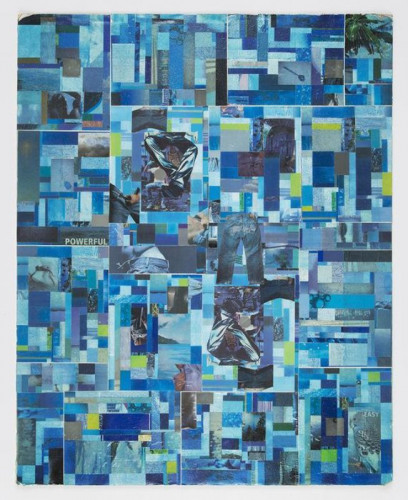 Visual AIDS is currently finishing the seventh volume of our DUETS series, featuring Fred in conversation with acclaimed author Samuel R. Delany. We are saddened that Fred will not be able to see the book, which will be released in December, but it is comforting to know that we were able to work closely with him on its content, and that the book will contribute to his legacy. We are also thrilled to share that Fred’s gallery, Gordon Robichaux, is collaborating with Ortuzar Projects to present a large survey of Fred’s work opening December 10.

We will be partnering with Gordon Robichaux to arrange a memorial event for Fred in 2021. Prior to that, we would like to gather remembrances and photos for a tribute to be featured on the Visual AIDS website. If you would like to share memories of Fred, please email written contributions and images to emcgowan@visualaids.org.

You can see more of Fred’s artwork here. Fred also appeared in a short video about Visual AIDS created for Day With(out) Art 2018, which can be viewed here. And Fred joined artists Marguerite Van Cook, Frank Holliday and moderator Cynthia Carr for one of the most heartfelt and enjoyable panel discussions you will ever see, part of the Smithsonian Archives of American Art symposium Visual Arts and the AIDS Epidemic, viewable here (jump forward in the video to 1:17:17).

It is with deep sadness that we say, “Bye for now, Fred…”