Remembering the Sacrifices of the Forgotten

Memorial Day is intended to remember the men and women who gave their lives for this country. As a former Marine, I salute their service. I have only the highest respect for them in making the ultimate sacrifice.

As a gay, Latino and HIV-positive former Marine, I also need to pay tribute in particular to the men and women who served in silence or under hostile conditions. Gay and lesbian members of the military are still subject to discharge if they’re open about their sexual orientation. How many LGBT soldiers, sailors, airmen and Marines have died to protect us?

African Americans and Latinos arguably serve as equals today, but that wasn’t always true. How many black and Latino members of the armed forces died without the dignity of being considered equal in the eyes of those they were defending?

And too few Americans know that HIV-positive soldiers, sailors, airmen and Marines have served and died. There are currently more than 22,000 HIV-positive veterans, but how many HIV-positive members of the armed forces have died in our defense?

Every life lost in service to our country should be honored. 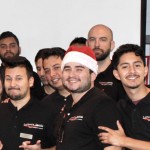 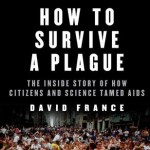