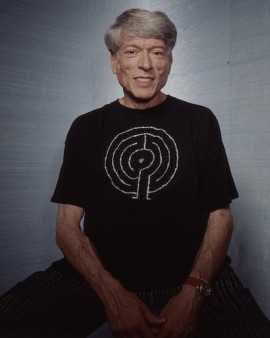 POZ is saddened by the loss of our dear friend Vinny Allegrini, who died on March 4, 2015, at age 66. He is survived by his beloved husband of nearly 20 years, Mark de Solla Price. (Mark was a technology consultant for POZ from 1998 to 2006.) 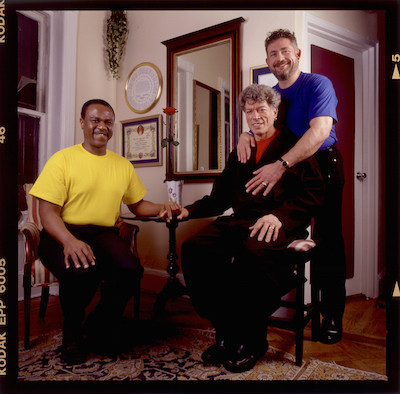 Diagnosed with HIV in 1989, Vinny played a part in the pages of POZ history. In our February/March 2001 issue, Mark chronicled the couple’s journey for a liver transplant in the feature "Liver Lovers.“ After years of living with HIV and chronic hepatitis B, Vinny had developed cirrhosis of the liver and a transplant seemed to be his only option. (At the time, only 13 HIV-positive people had ever received a liver transplant.) His friend Gregory volunteered to donate part of his liver, ”Because Vinny is an amazing person."

Amazing indeed. Vinny had a strong soul. Although he ended up not getting the liver transplant, the former hairdresser spent more than 25 years staving off one health condition after another. But Vinny was the true comeback kid: He fell down and then got up again and again and again.

Vinny was also featured in the August 2006 POZ article "Vital Signs," which highlighted individuals who had survived the odds despite great adversity. Vinny had this to say about his long-term survival:

“Giving up has never entered my mind. More than once, my doctors have said, ’Your chances aren’t good.’ Each time, I’ve said, ’I’m not going to let this get in my way. One day at a time,’ I say. Today was a good day. Tomorrow’s another day. I dream each day of returning to my passion of cutting hair.”

Vinny lived his life filled with passion, and his survival was an inspiration to many. When I saw him at various events over the years, I was always amazed by his strength. And amazed by the tales of his latest health battle.

Luckily, Vinny had another amazing person by his side: his husband, Mark. The couple got married before gay marriage was legal, and then did it again when they could make it official. They wrote their vows in Central Park’s Strawberry Fields. They supported each other in sickness and in health--and dealt with a heck of a lot along the way. But their love for each other only grew stronger over the years. Mark and Vinny shared their touching love story in our January/February 2013 article "Heart to Heart." 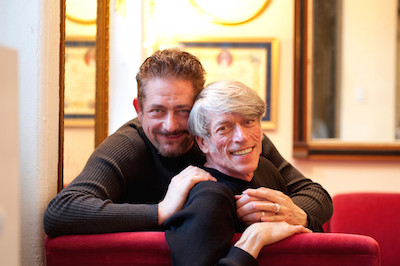 But Vinny’s best moment in POZ history probably had to be when he bared it all on our May 2004 cover. For our 10th anniversary issue, POZ asked the artist Spencer Tunick--known for his large installations of naked people--to create an image for our cover featuring HIV-positive individuals. Vinny and Mark (along with 78 others) gathered at Florent restaurant in the West Village on a cold, February morning and dared to reveal it all. Not only was the moment captured on our cover, HBO made a documentary film about the event, Positively Naked, in which Mark and Vinny were one of the featured couples. 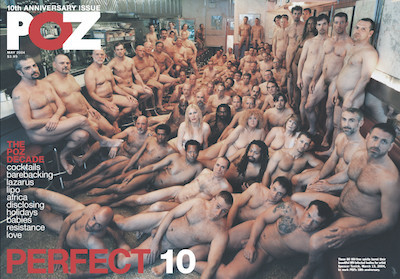 And that was just one of Vinny’s many adventures. He truly lived a wonderful life.

Rest in peace, Vinny. Your struggle is over.