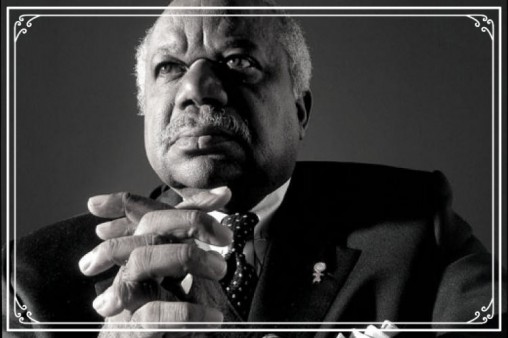 Beny Primm was my friend and mentor.  He stood up and vouched for me more times than I care to remember.  In the early days, there were activists who felt that the Executive Director of the National Minority AIDS Council (today known as NMAC) should be Black or Latino.  Beny always said it wasn’t about my race, it was about my commitment to fight for all people of color.

You will hear about Beny’s many accomplishments and accolades in other memorials, I want to share my memories of the man.  We spent too many hours at too many hotel bars telling stories about our movement, its leaders, and how we were going to get white people to listen to us.  In those early days, we learned how to laugh while surrounded by death.

Like the epidemic itself, we came together as strange partners. Here was a Black doctor from Brooklyn who was a national leader on addiction befriending an Asian gay man from Seattle who got into this work because his friends were dying.  We did have one thing in common: our desire to fight for all people of color touched by HIV.

Beny was a great storyteller.  He would regal us with antidotes on the war, being a Black physician at a time when there weren’t many Black doctors, his family, and the Addiction Research and Treatment Corporation (ARTC).  He would always share with pride the success of his daughters - they were clearly the light of his life.

Friends and family will share stories about his important work at ARTC.  I want you to know he was and always will be NMAC’s Chair Emeritus.  We spoke last month about how to get him to this year’s United States Conference on AIDS.  His book had just been published and he wanted to share it with attendees.  Unfortunately, he got sick and had to cancel.  I didn’t realize he was this sick.

I thought Beny would live forever with his dapper suits, mustache, and smile.  He was my friend, sounding board, and advisor.  He had a good life, but for me the world became just a little dimmer.

Yours in the struggle