Stalwart Providers, Courageous Clients and the Fabulous Run-DMC: An Evening with HELP/PSI

As I entered the room, I was pulled along by waves of energy emanating from the packed-in crowd. I had just set foot (for the first time) in the Tribeca Grand, a high-end hotel in New York City that had donated the space for a fund-raiser for HELP/PSI, an HIV/AIDS service organization.

As I tried to make my way through the crowd, I saw some beloved faces--a doctor, a client and now worker at PSI, a food services administrator, a tireless advocate and agitator from another HIV organization dedicated to people living with HIV/AIDS, a score of old friends I’d known since the days when the going epidemic was heroin, not HIV. The crowd was nearly impenetrable (try getting to the bar!), and the cacophony overwhelming. But I felt I’d arrived at my own home. 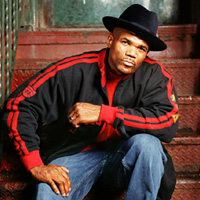 The occasion was HELP/PSI’s annual Cabaret Fundraiser. Like many other full-service organizations for people living with the virus, PSI has to raise lots of money to cover operational costs. This year’s benefit was designed specifically to raise money to expand the organization’s day centers that care for its clientele--people living with HIV/AIDS and substance abuse issues, many formerly incarcerated and others currently homeless. The effort received some solid help from the business community and entertainers. For the second year in a row, hip-hop legend and Run-DMC founder Darryl McDaniels was performing, along with two Broadway bright lights: Kevin Spirtas of Priscilla Queen of the Desert and Colleen Fitzpatrick, who made a surprise appearance on her night off from Follies. Other businesses had donated terrific gifts that were auctioned and raffled off.

All of that was thrilling (especially, I imagine, to the PSI board, who worked so hard to garner the support and will, I hope, thrill to the ledger sheet when the results are in). But for me, the event stirred emotions I live with daily but rarely stop to appreciate.

Working in HIV/AIDS involves a constant flux of conflicting emotions. Grief exists side by side with inspiration, hope and love. I can’t separate them. I often think that the passion that fuels my work is born of grief. As I write about the latest advances and discoveries on how HIV works and how treatments suppress it, I often feel my dear lost friends, especially Amirah and Roz, looking over my shoulder. “How I wish you had lived to benefit,” I murmur to these two women I so loved, both of whom died on the cusp of the antiretroviral era. 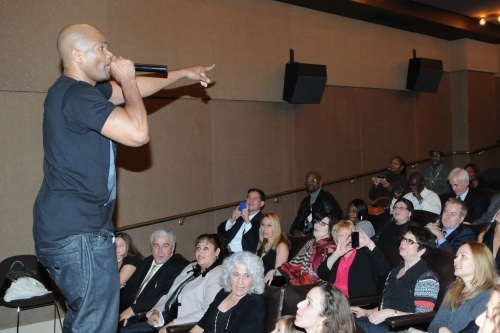 But that’s really only part of the picture. Joy is as much a part of the passion as sorrow. And that’s what I felt last night--a joy made more intense, more pure, by being intermingled with a sense of what is lost.

The joy is partly a reaction to the people you meet, to their inspiring stories. People like Mechelle Jones, whom I met first at last year’s PSI benefit, and who has since graced the pages and website of POZ. Mechelle not only tells her own story of a difficult triumph over addiction, prison and illness, but she now uses it to add power to her role as admissions coordinator at PSI’s Bronx facility. I stand in awe of her willingness to bare all so that other people struggling with similar demons have support. And although she is unique, she is also typical of others in the community.

The joy is also a reaction to the caregivers you meet, to their inspiring stories. People like Barbara Zeller, MD, PSI’s medical director, who was honored last night and whose name brought the crowd to our feet, whooping and hollering with love. Caregivers like Rich Daggett, the food services coordinator, who toils endlessly to provide nutrition as well as food, and who donates after-work labor and services to the cause.

A particular intimacy surrounds the relationship between people living with the virus and their caregivers. Maybe it’s because this disease is so exposing, baring people’s sexual habits and drug use, along with every inch of their bodies inside and out, to doctors and nurses. Maybe it’s because the team of doctor and patient has to work so closely to muster an arsenal of enormous inner resources to ensure survival and health in the face of a virus still revealing itself to medical science.

I often feel, and I know many people living with HIV/AIDS do too, that the caregivers are among the unsung heroes of the epidemic. The stories of those who wouldn’t turn away from AIDS in the early days are known. The tales of long hours poring over slides and case histories, trying to treat infections whose cause was not yet known, have been written. But the sheer love that keeps doctors, nurses and others coming back to work every day for 30 years and counting, triumphing not only over illness but also over battle and compassion fatigue, over the persistent lack of resources and awareness, remains largely untold.
My joy last night also emanated from a less tangible source--the sense that by joining together, reaching across huge chasms of identity and experience, refusing to turn away from the grief itself, we can overcome whatever toxic brew the mix of microbes, greed and hatred can throw at us.

Last night’s gala presented us with myriad examples. Darryl McDaniels (the DMC of Run-DMC) didn’t just perform--he also revealed his own struggles with addiction, and how his connection to PSI had helped him view those struggles in a new light, bringing them to bear on his art. Joseph Orange, a PSI client, blew us (and Run DMC himself) away not only with his own story of how he’d been reborn after walking through the doors of PSI, but also with a song he composed and sang.

And then there was Barbara Zeller. I know the crowd felt and appreciated her particular strength, compassion (she has the world’s best bedside manner) and commitment to her patients. But I saw something else too as she spoke after accepting her award. I could see it because for the past 40 years, Barbara has been one of my best friends.

Her bio tells the outer tale of excellence--her history as a doctor who searches and fights for better ways to care for her patients. But here’s what else I know: Barbara is shy, self-questioning, a woman who abhors public attention (we battle every year about whether she will allow her friends to celebrate her birthday or her achievements--like the positions she holds and awards she receives. Her other friends and I always lose). Her default mode is self-critical. She rarely conveys a story that shows her powers. Close friend that I am, even I learn from reading her bio, because she doesn’t talk about the positions she holds and awards she acquires. She shies away from public speaking. At events we have both worked on, such as the memorial to a mutual beloved friend who died of cancer less than a month after release from prison, Barbara rejects all requests that she speak, insisting instead on providing and serving the food.

Yet there she was last night, radiating confidence and poise. (The joke among her friends is that she will only speak publicly when there is no way to escape the task, yet she is the best public speaker we know.) Barbara overcomes, every day, her own natural tendency to shrink from notice and avoid assertiveness. As a doctor, she has to make decisions--OK, it’s trite, but they are life-and-death decisions--minute by minute. And she does it despite her distaste for assuming such power.

That’s another inspiring story--Barbara’s own emergence as a glowingly confident public speaker, stepping forward when the occasion demands. It represents, to me, the essence of the transformation the HIV/AIDS community embodies. It represents the way people living with and affected by HIV/AIDS rise up to meet the challenges thrown in their way--and in the process are changed, individually as well as collectively, into wiser, more inspiring, more powerful versions of themselves.

As HIV/AIDS advocates and journalists, we spend much energy trying to raise awareness among policy-makers, mainstream media and the general U.S. population. If people paid more attention, we say, we could stop the tide of new infections and care better for those already living with the virus. We lose so much, we say, from the general apathy towards HIV/AIDS.

But what struck me last night was that everyone’s mass inattention to HIV/AIDS--along with the media’s tendency, when they do cover it, to render people living with HIV/AIDS as victims, passive and pitiable--is their loss. Those of us in the community or the field (for a better word) are the fortunate ones. We get to experience the stories of transformation. We get to meet people like Mechelle and Joseph and Barbara.

But even more, we get to experience every day the power of what it means to be human. That could be the gift HIV/AIDS gives to the world--if the world would only start to walk this way.