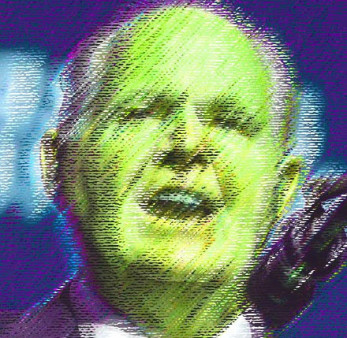 Rush Limbaugh and His AIDS Update

In 1990, Rush Limbaugh had a segment on his radio show called “The AIDS Update,” where he mocked the dying and the dead.

In 1990, then 40-year old Rush Limbaugh aired a short-lived segment on his radio show called “The AIDS Update.” He’d make wisecracks about the epidemic while songs like “Kiss Him Goodbye" and “Looking for Love in All the Wrong Places” played. He’d later claim that it was the most regretful thing he’d ever done, which must have been a hard choice given his affection for racist and misogynistic rants.

So it goes without saying that I’m not in any kind of state of mourning in regard to his death. If anyone has revealed the soul-rot that has plagued The United States, it’s Rush. He’s a special kind of asshole, really, and his success was and is proof that he’s not alone in his pathetic worldview.

Former President Trump, in his endless attempts to troll, awarded Rush the Presidential Medal of Freedom. When Rush attacked Michael J. Fox for his liberal views he mimicked the uncontrolled spasms that Parkinson’s Disease can cause. It was probably Trump’s inspiration for mocking that disabled reporter, which garnered cheers from his depraved followers... now, many of those same followers are quick to say, “Respect the dead.” “Hold your tongue for a few days.” “Show some decency.”

Uh, no thanks. I didn’t take my social graces from the likes of Limbaugh while he was alive, and I certainly won’t take any from his flock of sadgulls. Rush had a far greater megaphone than I ever will, and he never turned the volume down. My voice is small, but this one is for all those we lost, the targets of his “AIDS Update.” So, in honor of them, here’s my new segment: The Asshole Update.