Twitter
Facebook
Pinterest
Tumblr
Email
Advertisement
It’s been ten years since Gwenn and I started speaking at colleges, and we’ve been fortunate to have been invited to so many diverse campuses across the United States. One of the schools that has been a glaring omission has been James Madison University, where Gwenn went to graduate school.

If Gwenn had chosen another university, then it is likely we would have never met. One night way back when, JMU hosted Jeanne White, Ryan White’s mother. A friend called me that afternoon (thanks Jenny or Erin!), I ditched out on an AIDS Services Group board meeting (“bored”, as I called them- I was 23), and the rest is history. So JMU- obviously- will always hold a special place in my heart. That written, allow me to indulge in sour grapes for the fact that a school that is so linked to us, and is a mere 50 miles away, has never invited us to educate their students on sexual health.

But Shawn, maybe they don’t know you exist?

That’s not true, over the last eight years we’ve been in contact with people from the school, and it’s just never happened. Most schools don’t know we’re out there, and that’s why we work so hard to get into conferences to address the need for some kind of HIV/sexual health education that humanizes the issue.

Recently, we had the honor of speaking at Purdue University, a pretty conservative school. A couple of students saw us at the AFLV conference in St. Louis, went back to Lafayette, IN, and fought to bring us in for their school’s first ever Safe Sex Week. It was awesome. We also had the opportunity to speak at Valencia Community College in the last two weeks down in Orlando, FL.  So why focus on JMU? Because I saw on TV that they have invited Snooki from the Jersey Shore to speak at their school.

I don’t normally curse on the blog, but you gotta give me that f-bomb. I’d joked in a previous blog entry about her being at the big NACA conference where Gwenn and I got to showcase, and that maybe I needed to wax my body and apply to Jersey Shore to get more speaking opportunities.  Looks like, to get to JMU, that wouldn’t be a bad idea.

Not everyone was upset.  The event at JMU was sold out, and Perez Hilton excitedly wrote the following about Snooki’s March 4 appearance, her first ever gig at a university.

"Snooki appeared at James Madison University last night to entertain the students and hilarity ensued including a fist-pump tutorial, a back flip and an abs contest!  LOVES it!  One Perezcious reader told us that  talked about hanging out with Leonardo DiCaprio in El Lay AND Lindsay Lohan saying, “She’s nasty!” LOLs!"

Sounds fascinating.  Really.  Schools bring in entertainers, and Snooki is to me what apples are to oranges.  In their defense, James Madison does invest in worthy educators, having recently brought in my good friends, Kelly and Becca, who speak on sexual assault.  But still, the whole situation- for lack of a better word- makes me ill, both mentally and physically.  I get angry, because Snooki has no idea what she’s doing, or that there is a great opportunity in having a captive, built-in thanks to fame, audience.

During her visit to JMU Snooki said, in defense of a question that insinuated that she was a poor representative for females: “”You’re telling me you’ve never gone to a bar got a little out of control, and hooked up with a few guys?“ she said. ”It’s human nature. I’m young."  Too young to follow that up statement up with substance.  Like why it’s important to think about the possibility of hooking up before you go out, or to use protection, or ask if your random partner has been tested.

But when the word “substance” brings up alcohol and not education, then you can’t really expect too much of someone.  And, in all fairness, I wasn’t there to see the event.  Maybe in between the backflips and the ab contest there was a condom demonstration.  If that’s the case, please correct me on the Comments section.

And who knows?  Maybe Gwenn and I will get the opportunity to do the follow-up conversation and speak to a very small percentage of Snooki’s audience?  If the last ten years is any indication, that likely will not be the case, and there’s no way that I, as a thinblood, am going to work on my backflips to make myself a more appealing prospect.

Don’t forget to vote in my Labtest Contest!  Win something! 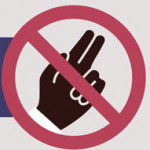 How “Virginity Tests” Can Endanger the Health of Women and Girls