Twitter
Facebook
Pinterest
Tumblr
Email
Advertisement
Not too long ago, HIV was considered to be a distressingly predictable disease. In almost all people infected with the virus, it was only a matter of time before the CD4 cell count dropped to a dangerously low level and opportunistic infections and cancers reared their life-threatening (and, indeed, life-ending) head. While the use of HIV drugs like Retrovir--best known as AZT in the late 1980s and early 1990s--could slow this process, rarely was primitive antiretroviral therapy able to restore health for any significant length of time.
Today’s powerful antiretroviral (ARV) treatment regimens have virtually rewritten HIV’s insidious script. No longer is the disease a one-way street. Even those who don’t find out they’re positive for the virus and enter care until their CD4 cells are in the double digits and/or hospitalized for an opportunistic infection (OI) can experience a return to immunologic and physical health. In turn, AIDS as we’ve long known it--defined since 1993 as a CD4 count of 200 below or the development of an OI--is no longer an inevitable and progressive stage of HIV disease, but a seemingly avoidable and reversible condition. 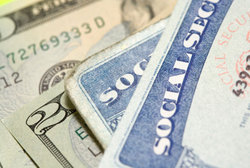 People living with HIV and their health care providers known this, but so do administrators who oversee public programs intended to provide safety nets to those who become disabled and can no longer fully support themselves due to disease. The Social Security Administration (SSA) has been providing disability benefits--Social Security Disability Income (SSDI) and Supplemental Security Income (SSI)--to people living with HIV for decades, using early-year knowledge of the disease to determine who qualifies for assistance and who doesn’t. But as times and circumstances have changed, SSA is eager to overhaul its disability benefits criteria to reflect today’s reality.
In 2009, SSA asked the National Academy of Science’s Institute of Medicine (IOM) to establish the Committee on Social Security HIV Disability Criteria--made up of experts in the field of HIV care, including leading clinicians and community advocates--to recommend updates to the agency’s disability benefits criteria for people living with HIV. IOM’s report was released in draft form on September 13 and is on its way to SSA for review (see my initial AIDSmeds report here).
Not everyone who has seen the report is thrilled with its recommendations, however. Though it is now clear that the IOM recommendations are only intended for new SSA disability applicants--the agency made it clear to the IOM committee, when it commissioned the report, that it was not interested in revoking disability status of those living with HIV who currently receive SSDI or SSI; a move to the contrary could have potentially thrown the lives of thousands of people living with HIV into an economic tailspin--there are concerns about how these new criteria will affect new applicants who might come to depend on disability status, not only for income, but also health care and other supportive services.
Current Qualifications
SSA currently pays disability benefits through SSDI and SSI. Once disability benefits have been granted by SSA, other benefits are possible. For example, those who qualify for SSDI--individuals with a recent employment history and have paid into the Social Security income tax pool--are also deemed eligible for Medicare. An SSI determination, given to HIV-positive individuals with spotty recent employment histories and limited liquid assets, allows for Medicaid access. And both determinations can open the door to supportive care programs, such as housing assistance and food stamps.
To qualify, individuals must meet SSA’s definition of disability, which differs for adults and children. For adults, disability is defined as “an inability to engage in any ’substantial gainful activity’”--a level of work activity and earnings, as determined by SSA--“by reason of any medically determinable physical or mental impairment(s) which can be expected to result in death or which has lasted or can be expected to last for a continuous period of not less than 12 months.”
To save time and resources, and to both ease and streamline the administrative process of determining the functional capacity of each claimant, SSA adopted a list of serious medical conditions--the HIV infection listing of impairments (the Listing)--which are applied at the third step of a five-step review process conducted by the SSA in reviewing disability applications.
The Listing currently requires a diagnosis of an AIDS-related opportunistic infection or cancer. The list of allowable medical conditions for HIV-positive adults is, indeed, long and includes a variety of once-common bacterial, fungal, protozoan or helminthic, and viral infections; sepsis; meningitis; pneumonia; septic arthritis; endocarditis; and sinusitis.
A frequent misperception is that a CD4 cell count below 200--a defining characteristic of AIDS--automatically qualifies individuals for SSDI or SSI. While this may have been true in earlier years, it is no longer the case. According to SSA, [A] CD4 count below 200 [offers] supportive evidence when there are clinical findings, but not a definitive diagnosis of an opportunistic infection(s). However, a reduced CD4 count alone does not document the severity or functional consequences of HIV infection."
Of course, it’s much more complicated than this. For example, some common manifestations among people living with HIV--such as neuropathy, neurocognitive problems and depression--aren’t including in the Listing, they are included in other disability-qualifying listings maintained by SSA.
What’s more, SSDI and SSI determinations are a matter of administrative law--and legal interpretation of the law--as much as they are about medical opinion. While a health care provider’s written testimony in support of an SSDI/SSI claimant’s application may fall short of proving that a specific diagnosis clearly meets an SSA listing, it tends to be legal representatives and administrative law judges (ALJs) who ultimately determine whether or not characteristics of the applicant’s health equals an SSA listing. Even if an impairment doesn’t clearly meet or equal an established SSA disability criterion, ALJs and an applicant’s legal representative may still come to agree that it restricts employment and, thus, is an SSA-covered disability. A complex process, to be sure.
Still, things have changed considerably since the Listing was put into place in 1993. According to the IOM report:

New drugs and the concept of drug combinations evolved dramatically after 1996. HIV infection is now considered a chronic condition which, in optimal settings, allows high levels of functioning and prolonged survival. Combinations of antiretroviral drugs suppress HIV replication, enabling a recovery of immune function as reflected in circulating CD4+ [cells] normal or near-normal levels in most persons. Success in treatment, however, is far from universal. Many HIV-infected persons harbor virus already resistant to one or more antiretroviral drugs, limiting CD4 recovery. Others are diagnosed at very advanced disease stages or at an older age, both predictors of poor response to treatment. Many others find the lifelong requirement for consistently excellent medication adherence to be impossible or are suffering from the side effects of current or previous antiretroviral therapy. Today, although many of the opportunistic diseases once common are now uncommon, they are still seen. Many patients respond well to treatment, but others, even in the era of potent HIV medications, fail to achieve control of HIV replication or are diagnosed in extremely late disease stages and have rapid progression or disabling complications. For all these reasons, the HIV Infection Listings are in urgent need of reconsideration and revision.