The White House has announced that President Obama, using his authority under the Antiquities Act of 1906, has designated the first national monument to tell the story of the struggle for LGBT rights.

From the press release:

"Today, President Obama will designate a new national monument at the historic site of the Stonewall Uprising in New York City to honor the broad movement for LGBT equality. The new Stonewall National Monument will protect the area where, on June 28, 1969, a community’s uprising in response to a police raid sparked the modern LGBT civil rights movement in the United States.

"The designation will create the first official National Park Service unit dedicated to telling the story of LGBT Americans, just days before the one year anniversary of the landmark Supreme Court decision guaranteeing marriage equality in all 50 states ... 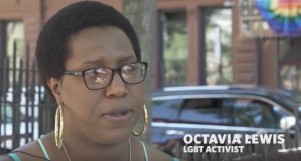 And as the editor-in-chief of POZ, I couldn’t be more pleased to see Octavia Lewis in the video accompanying the Stonewall National Monument announcement. She graced the March 2015 cover of POZ sharing her story of being a transgender woman living with HIV. She continues to be an inspiration.

This designation is years in the making and the result of the efforts of many people, but especially so the efforts of the advocates from Save Stonewall.

As LGBT Pride events take place in New York City and elsewhere this weekend, let’s remember that even as we mourn the deaths of 49 people in Orlando, mostly gay Latinos, we do have much to celebrate as we continue the fight for equality.