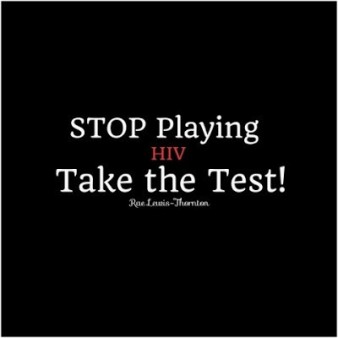 Stop Playing! Get Tested For HIV!

Can I be honest? I mean some real talk today?  Some of y’all been fuckin since the turn of the century (me included) and you have never been tested for HIV and that’s where the difference ends. I know my status and knowing my status has saved my life.

And some of you were tested two years ago and Lord some, five years ago and you’re still depending on those results *blank stare*  but you never stopped having sex. And don’t get defensive and tell me you ain’t no hoe, well neither was I.

Furthermore, I don’t deal in labels. I won’t let anyone shame me into hating my vagina!! The reality is this, most women have sex with the intent of some kind of long term relationship whether they admit it or not, whether it happens or not. When it doesn’t work out, you move on to the next Mr. Right, and that cycle keeps going until you get married. Furthermore, it only takes one person, one time to infect you. So this idea that you have to be sexin on every street corner to become infected with HIV is not what happens in real life. 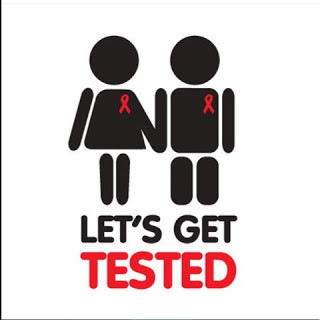 Remember what I always say, if the penis ain’t in your pocket, you have no idea what’s it’s doing when it ain’t with you. And don’t get all Holy on me. We all know someone who is messing around with someone and one of them have another partner somewhere. You just don’t think it will ever be you. Child please, we all have the possibility of everything, including a cheating partner. And the other reality is this, you have know idea what they did before they met you!

Furthermore, some of you know every part of your partners body, but you have NO idea of their HIV status and to make matters worst, you talk about everything in your relationship BUT HIV. Like HIV is the death sentence of your affair. Well, if the discussion of HIV kills the relationship, I promise you, it was dead already. If you can’t talk about living healthy with a person that you are sharing your body with, then that’s the wrong person. 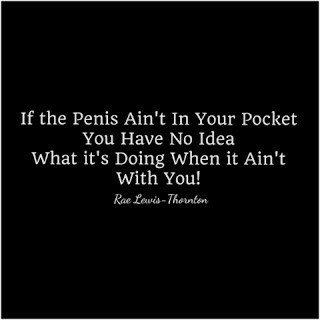 There are some realities about HIV that we should consider. Every 9.5 minutes a person becomes infected with HIV in the United States. The Center for Disease Control  (CDC) estimates about 40,000 new cases of HIV a year.

As a Black woman, the saddest news is this, most African-Americans learn of their HIV status after years of being infected and on the onset of AIDS. Which means, we do not benefit from early treatment and care. Still, more African-Americans bear the brunt of new infections of HIV in the U.S., especially men who have sex with men.

And this tidbit has blown me away, according to CDC, young people between the ages 13-19 years represent a new group of infections.

A whooping 47% of high school students are reported to have had one sexual partner, and 37% of them did not use a condom. And more than half did not know their HIV status. I should pause and say, that when we look at new infections across the board, about 38% of newly infected people were infected by people who did to know that they were infected. 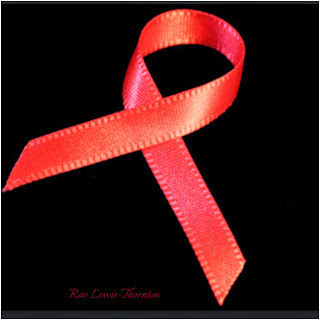 What am I saying, we are having sex, gay, straight, young and old. In fact, we are having more sex then we are getting tested for HIV. I want to make this simple for you. Get Tested!

This is what we know for sure!

1) The earlier you know your HIV status, the longer you will live. Things have changed so much since I was diagnosed with HIV. Treatment is nothing short of remarkable. If you know your status and get into treatment early, you can have a long wonderful life.

2) Knowing your HIV Status will reduce this vicious cycle. There is a 68% reduction of new HIV infections among people living with HIV. Yep, contrary to all the news hype, most infected people do not intentionally infect others. And the best treatment news yet, if an HIV infected person is in treatment and their viral load is undetectable, its about a 1% chance of them infecting their partner! YES I said 1% See why HIV Testing is Important? 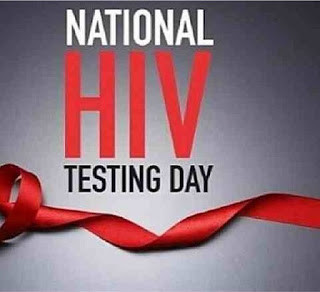 3) Also, if a pregnant woman learns of her HIV status in the first trimester, she can also reduce the risk of infecting her unborn child by 2%. Remarkable huh? Yep, we have come along way with treatment of HIV. See why HIV Testing is Important?

Ok, I think I made the case for getting tested for HIV. So what’s the problem now? You scared? Scared of what? Taking control? Living your best life? Well, this is what you are telling me: That you are not prepared to live your best life. I say that because knowing your HIV puts things into perspective. It moves you to a better place in your journey. A healthy place. A place of living with intent. And you all know that I believe living with intent transforms.

It’s this simple, if your HIV test comes out positive, you get into care, stay in care and you continue to follow your dreams with additional planning, rather than being blind sided one day by being rushed into the hospital with an AIDS related infection.  Why not stop disease progression as early as you can? Learning your status with treatment does just that.

OK, so you come out negative, well now you have a chance to think about what you should do differently to be your best you to never have to live the journey of HIV. 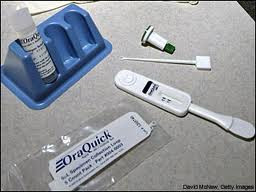 2) You get there, a testing counselor will ask you some questions and explain the test.

3) The testing counselor will swap your month

4) 20 minutes later you have your results!

Let me end by saying, many of you admire me, my strength and perseverance. Let me tell you, if I had not learned of my HIV status as early as I did, I would be dead right now, especially since treatment was not as good as it is today. 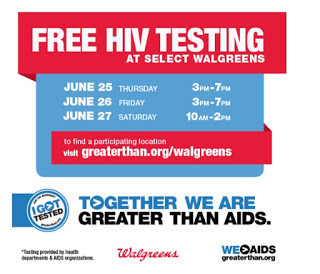 What I want from you, more than being proud of me, is to be proud of yourself. Proud that you made a deliberate decision to learn your HIV status. For sure it will be one of the best best health decisions you can make.

Take your partner with you!!  And honestly if he/she won’t get tested, then you should rethink the sex. Take your teenage children, sisters, brothers and cousins with you. Whether they are having sex or not, after that 20 minutes you will give them more to think about about in action then you ever would from talking.

You can be tested at Walgreens in the next three days for free. Also, any Department of Public Health or HIV clinic. To find a place for testing Click Here, just put in your zip code to get a site. As we approach National HIV Testing Day, June 27th, it is the right thing to do for your health. Knowing your HIV status  is living hold and healthy.