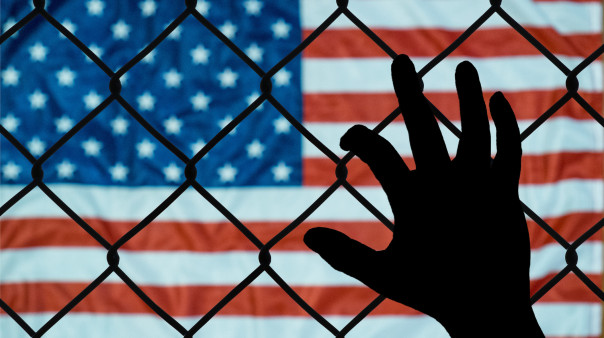 After calls to lawmakers and activists, here’s what I learned about those Ryan White dollars.

Almost a game of hide and seek. Researching the potential impact of information reported in a recent article about the diversion of federal Ryan White dollars to the Office of Refugee Resettlement (ORR) has been challenging to say the least. At first, I was outraged. I’ve called lawmakers, AIDS advocacy groups, activists and care providers.

To my surprise, what I’ve learned is that—at least for now—people receiving funds from the Ryan White HIV/AIDS Program are not in danger of losing services, treatment or much-needed medication. The July 10 Slate article reported that Health and Human Services (HHS) agency planned to pay for refugee resettlement and child separations by reallocating money from the Ryan White HIV/AIDS program, apparently from unused 2015 and 2016 funds that totaled about $19 million. The total Ryan White budget is in the billions.

The money stream providing ORR with assistance for immigrant minors already is under way. However, I have been assured that this funding reallocation will not negatively impact clinics or people living with HIV/AIDS. The Ryan White HIV/AIDS Program covers services for people living with the virus who have no other means to pay. The pot of money is critical.

I have been assured that no active Fiscal Year 2018 Ryan White funds have been tapped to pay for the increasing costs of detaining migrant children separated from their parents.

On July 11, 2018, in response to the Slate article, Congresswoman Barbara Lee (D-Oakland) slammed the Trump Administration for reallocating money from Ryan White to cover the cost of detaining immigrant children. In a prepared statement, the Congresswoman said, “This is a stunning and cynical breach of public trust. Taking money away from lifesaving HIV/AIDS care to fund jailing immigrant children is completely unacceptable.”

Congresswoman Lee said that as a member of the House Appropriations Committee that she will fight the move every step of the way. Individual HIV/AIDS activists, advocacy groups and providers are far from happy with the decision. But apparently, the move to divert unspent Ryan White funds is not unprecedented. It happened under the Obama Administration to shore up support for endangered, unaccompanied youth entering the United States.

Ryan White, since its inception, has had bi-partisan support in Congress. Lives of under-represented people depend on maintaining that support. Without HIV/AIDS funding, we could once again witness an explosion in the pandemic. We don’t need a public health crisis for all of us to stand strong together.

I have been assured that no active Fiscal Year 2018 Ryan White funds have been tapped to pay for the increasing costs of detaining migrant children separated from their parents. I personally find the situation involving children to be deplorable.

Yet, I am relieved to learn that people who use Ryan White money will not be impacted. As for the future, new laws that would prevent a money reallocation of this nature could help provide assurance that people living with HIV/AIDS who are the most vulnerable will always have access to treatment and social services.

Budgets for HIV/AIDS federal dollars have been flat for years now. That means there haven’t been any cost-of-living increases. But at least the money remains. It is my humble opinion, however, that we remain vigilante, informed and ready to ACT-UP should lack of dollars ever prevent a person living with HIV/AIDS from accessing care.

At the moment, I’m trying to remain calm, let this mess play out, and advocate for change at the polls. Now is not the time to set off a massive panic wave.