Taking My Positivity to the Cape

My first time in Cape Cod & I jumped right into rehearsals.

Note: This was written toward the end of Summer & I’m finally feeling inspired again, so here is a new entry.

The city is waking up with the sound of traffic passing by while shirtless runners breeze by in the morning wind, and I feel more alive this morning than I have in so long. I’m sitting outside at a New York City cafe in the West Village typing away and occasionally looking up to make flirty eye contact with the handsome barista cleaning the tables as guests leave. I haven’t had the chance to type at a cafe in a very long time, and it’s refreshing.

My last blog post left us with me crawling into bed after performing in the phenomenal  BROADWAY BARES fundraiser. My bags were packed, and I was ready to wake up on a sunny Monday morning and leave for half of the summer. It was June 2017 and my first time going to Provincetown, Massachusetts. P-town had been described to me as magical and nothing like Fire Island. People told me there was so much to do, but things closed earlier.

The morning of my departure from New York I took the train downtown from Dyckman/200th Street to Midtown where I had to catch an early bus to take me to Boston. The ride was long, and they stopped at Burger King—I couldn’t help ordering enough for three and then devouring it all myself. It’s this thing that I always used to do when traveling, but I eventually learned I didn’t like being gassy on the road.

When I arrived in Boston at South Street Station, I  grabbed my bags and walked to the pier where I  had to take a ninety-minute ferry to Provincetown. Unfortunately, I had to wait a few hours, so I sat at an outdoor seafood restaurant and ordered a delicious lunch. The ferry arrived, and as I boarded I felt a nervous excitement wash over me. This was going to be an awesome summer, and I couldn’t wait to perform six nights a week for six weeks. It was a burlesque, dance, strip show with each character having a duality; for instance, I started off as a rocker/biker type and ended up as a fierce, genderqueer queen in heels. We finished with a full-frontal, contemporary-modern finale.

The ferry pulled into the bay of P-town, and as we got closer and closer to the dock, the smell of fish grew stronger and I could see a seal here and there in the water in the distance. I grabbed my bags and rolled them onto the pier where I saw the show’s producer Troy in his 1983 Jeep Renegade with the top down and playing fun ’80s music. If you’ve ever met him, you’d probably say he never left that decade—it’s endearing, really. He greeted me, and as we drove around this tiny beach town with the sun beating down on me, I just smiled and giggled as he told me about poison ivy—a warning I wanted to heed. Then he started on the schedule for the day, and the fantasy disappeared as I realized I’d be going straight into work. I dropped my bags at the house and headed to the Post Office Cabaret for my first rehearsal in the space. 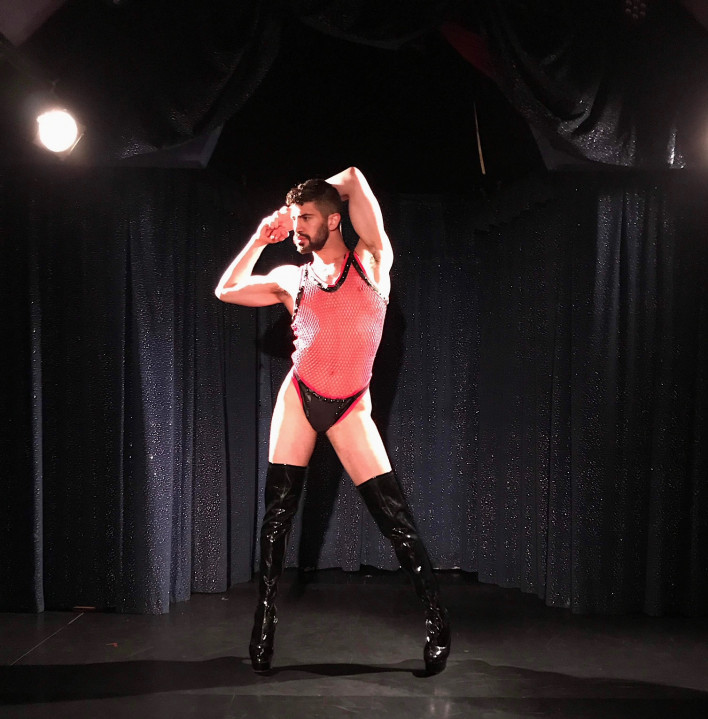 Trying on my first costume for the show.

It was my first time seeing the space. It was tiny, but we can call it “intimate.” It had wooden benches similar to pews in church. The stage was smaller than most New York bar stages, and I chuckled to myself but reluctantly dove into the choreography with my three cast mates. We took a lunch break halfway through at the restaurant downstairs, which was a part of the same venue. I tried this amazing burger and made sure to order fries along with it. It had pulled pork on top and planned to let it make my mouth water all summer—that is, until I tried the meatloaf about a week later. Rehearsal finished and we were exhausted, but the director told us to go pick up my bike rental that I’d have all summer sponsored by Arnold’s Bikes. next, we all hit the showers before returning to the Post Office Cafe for a cast dinner. 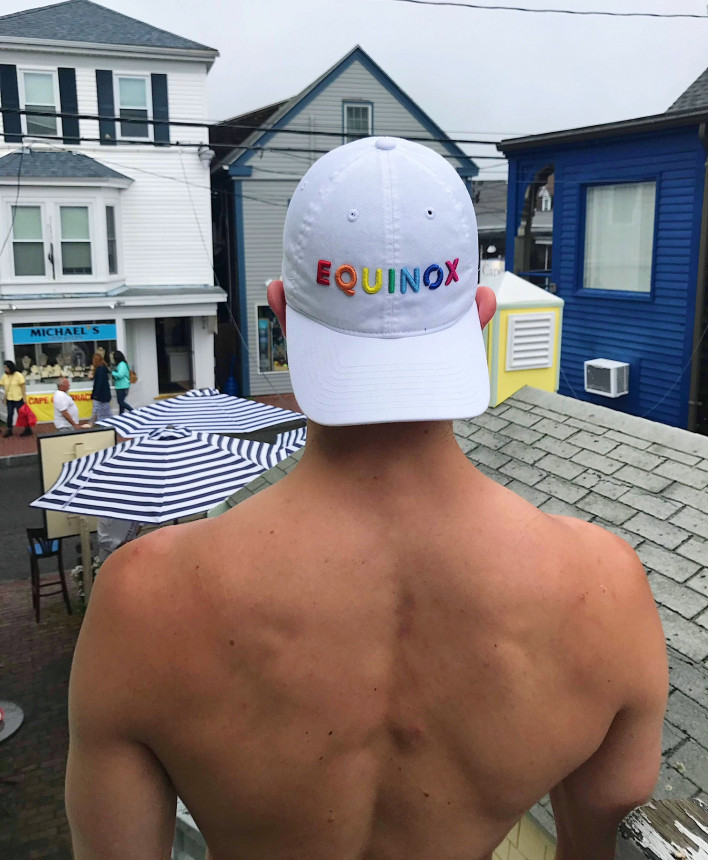 Leaving rehearsal at the cabaret

I felt a sense of camaraderie with these dancers, even the dance captain who had outed my HIV status years earlier in Reno when I did the Nutcracker for my first time. There was a sense of excitement for all of us. We were doing something awesome that we loved. I looked forward to what would happen in the weeks ahead once we opened the show. This show would be a turning point in my life from backup dancing to actually being a my own performer. I went to bed feeling such as sense of accomplishment—and knowing I’d be incredibly sore the following morning—but I was happy.