A Tale of Two Tims: The Best of Times and the Worst of Times

Picture this: Florence, Italy, 1980, a flat with an enclosed garden for a yard provides an opportunity to meet a wide variety of people. It was especially true in that threshold of time when the decadent ’70s were just ending and the world was on the verge of what might very well be called the greatest health crisis of the 20th century: the global AIDS epidemic. It was about to become a time we can label The World According to Ronald Reagan.

And yet amid that period of denial, confusion and horror it seems, in retrospect, that there were some idyllic experiences. There were three of us living in that flat--all very active gay men. Our happy times in the heart of Tuscany were fueled by the many guests who came to spend time with us. Florence had a reputation for being a very gay-friendly city. It was a reputation we were more than happy to validate. 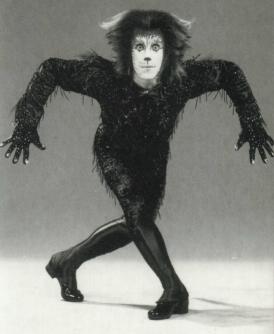 One of those happy times occurred when Timothy Scott arrived as our guest. He was a bundle of energy that simply wanted to enjoy everything around him. He was a professional performer--but his song and dance were never confined to the stage. The Florentine days during his visit included literally dancing down the cobbled streets with the two of us belting out, “You’re Nobody Till Somebody Loves You” along with the best spontaneous choreography fueled by Vernaccia, a very fine dry white Tuscan wine from San Gimignano. Tim said he wanted to use the song for auditions--and that I was an inspiration.

Tim himself was a happy inspiration to me and all who met him. When he returned to the United States, he transferred from Los Angeles to New York City where he joined the original cast of Cats. The joyous culmination of our friendship came when I visited New York and witnessed him dance and sing gloriously as Mr. Mistoffelees on Broadway. Given his chosen profession, it wasn’t unusual for me to go stretches of time without hearing from Tim, but these silences were accompanied by the hope that his success was continuing across the stages of the world. Life of course went on, but once that threshold was crossed into the Age of the Gay Plague, so much of life as it was known was forever changed. I returned to Philadelphia, my hometown, where I received the news of the deaths of the roommates I had in Florence and so many others.

The AIDS Memorial Quilt came to Philadelphia in 1989. The Philadelphia Inquirer reported “...the floor of the 103d Engineers Armory, at 33d and Market Streets, was covered with some 20 huge tapestries, each of them 24 feet square. Many more tapestries were hanging on the walls of the auditorium...” There on the highest row was a panel with a stylized cat face. Above the feline, letters spelled “Timothy Scott” and underneath the cat were the numbers “9-15-55” and “2-24-88.” Tim would be a magical dancing cat forever.

Today, 30 years after those first reports of the plague, we live in an era of powerful hope in conquering HIV/AIDS. Through my job at POZ, I have the distinct pleasure of working with many gifted people--among them is Tim Horn, editor-in-chief of AIDSmeds.com.

Tim found out he was HIV positive in 1991, and after his initial apprehension he put himself to work immersing himself in knowledge. Eventually he was diagnosed with non-Hodgkin’s lymphoma and a diagnosis of AIDS. He beat that! And his health and vitality today give proof to the adage that knowledge is power. Tim still works very hard at informing himself and the rest of us about the science and medicine and research that’s helping us overcome this chronic disease.

Although Tim didn’t test positive at the beginning of the epidemic, he is a living example of what the early days of the struggle were all about. He exemplifies what gay men did at the onset. They proved that if silence does indeed equal death, then the opposite is also true: Speaking out and acting out equal life.

In the early days, as now, many an activist and advocate, when faced with a positive diagnosis, made the choice not to hide away in shame. They faced their demons publicly. They rallied, not just for themselves, but for everyone, fighting for better research and meds, and loudly confronting the homophobia and racism deeply entwined with the HIV epidemic.

Many battles have been won, but we’re still in the midst of the war. Victory will always be deferred if we don’t have brave and outspoken leaders as well as everyday heroes, people who can lead us to march, and dance, in the streets.

I am sometimes struck by these two Tims--how at different times in my life they have inspired me in their unique and yet similar ways. Tim Scott certainly didn’t hold back, and it landed him on the Broadway stage. Although Tim Horn and I do not dance in the streets, I do have the opportunity and the joy of joking and talking with him and sharing his knowledge.

There ought to be quilt panels honoring those who have survived.