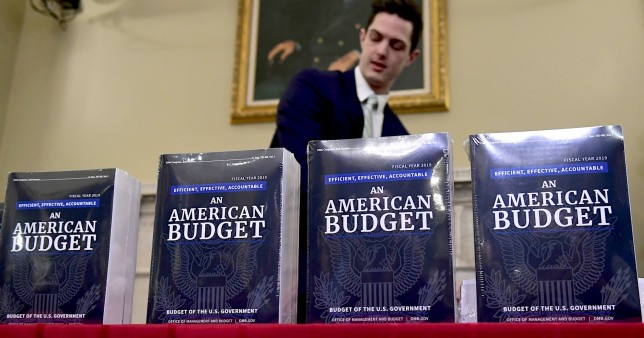 A Tale of Two Budgets

Congress and Trump work on two divergent budgets. How will they address HIV/AIDS, the opioid crisis and health care?

Last week, after months of starts and stops and halted negotiations, Congress came together and agreed upon a massive budget deal that would raise spending caps by almost $300 billion for the next 2 years. However, any celebrations from the Capitol were short lived as the creation of the budget deal was only 1 part of a 2-part process to fund the federal government for the remainder of Fiscal Year 2018. Before that could happen, appropriators will have to decide just how much of that money they were going to allocate and where exactly it was going, a normally daunting prospect made even more difficult by the fact that the budget deal already reserved certain funds and that the federal government was set to run out of money in a little over 5 weeks.

The budget deal passed by Congress last week mandates that $28.5 billion of the funds allocated in the FY18 spending bill be set aside for particular priorities, including $10 billion for infrastructure, $3 billion for “the opioid and mental health crises” and $2 billion to overhaul veterans’ health care. How all that money gets divided up amongst the 12 subcommittees that are constructing the funding bill remains to be seen, but appropriators in the House have been tasked with finishing up their bills between March 16th and March 19th, a mere 5 days before the government runs out of money.

All of this was complicated by the release of the President’s budget proposal for 2019 on Monday, February 12, which ignored the budget caps set by Congress and took out devastating cuts on non-defense discretionary spending, reducing such spending by 42% over the next 10 years. Much of the media coverage around President Trump’s budget focused on the $13 billion that was included to fight the opioid epidemic in FY18 & FY19, but $6 billion of that money had already been mandated by Congress in the budget deal. Beyond that, the efficacy of the opioid crisis response funds are undermined by the President’s proposed cuts to Medicaid and its assumption of the repeal of the Affordable Care Act.

The President’s FY19 Budget provides a total of $2.3 billion for the Ryan White program, which is $43 million below current funding levels. As was the case last year, the President’s budget has zeroed out the AIDS Education Training Centers, which educate health care providers on the latest in HIV/AIDS prevention, treatment, and care, and the Special Projects of National Significance program, which helps create innovative new models of HIV care. The Housing Opportunities for People With AIDS program was also cut this year in the President’s budget by $26 million from its current levels. The specific funding levels for the Secretary’s Minority AIDS Initiative Fund (SMAIF) and the Substance Use and Mental Health Service Administration’s Minority AIDS Fund were not included in this initial budget, but there have been reports that both of these vital programs might lose their funding.

Fortunately, the President’s budget is normally dead on arrival in Congress and serves as more of a Presidential wish list than a legitimate funding request. With that being said, AIDS United takes the Trump administration’s proposed cuts to all of the programs that help people living with and affected by HIV very seriously and will continue to fight back against the President’s unjust and harmful budget.

To read what other AIDS groups have to say about Trump’s proposed budget, including it’s global impact, read this POZ article.