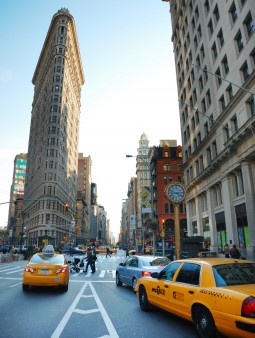 The Benefits of Having HIV

Recently an article was published on men who were not trying to prevent getting HIV but rather actually wanting a diagnosis of HIV/AIDS.  The article referenced gay men living in NYC, primarily African-American, as they provided their reason for wanting the disease. The basic premise of the article was that certain men saw a financial benefit from having a HIV diagnoses and could benefit by receiving services from the state such as free medical care, housing and a monthly stipend. This story, horrific as it sounded was not a surprise to those who work in the HIV field in NYC. I myself was not shocked to hear this as I had heard that it was a benefit to get HIV to better people’s living especially in the expensive city of New York City. Reading the story made me look at it in a different perspective which wasn’t to question the motives of HIV positive men but to look at the systems here in NYC that creates an environment where having HIV is a benefit.

To be clear gay men don’t want HIV/AIDS but as described in the story and within the community they want the financial benefits that having HIV/AIDS offer them. The incentive of HIV/AIDS has in a way made it into a pension plan where there are many elements of long term care. What does it say about a system where it creates a unfavorable situation into a favorable and how can it be changed without punishing those who truly rely on it?

Mind you if we were to look at someone to blame we would have to look at several different factors that creates a system to be abused. The most obvious one is the societal level of the city itself as it’s recognized that many unbalanced equalities exist in New York City especially for gay men of color. Lack of employment, being uninsured and housing is a huge and growing problem for many but these issues affects gay youth in enormous numbers. Most people I worked with as clients faced homelessness or were in a situation where their living situation was temporary.

Simply looking at the issue among the homelessness problem of LGBT youth in NYC it’s clear that the need outweigh the ability to offer youth a place to call home.   As Carl Sicilano of Ali Forney Center has pointed out, “LGBT youth make up 40 percent of the homeless youth population, accounting for 1,600 of NYC’s 3,800 homeless youth. And NYC’s response is even more horrifying: Only 250 youth shelter beds are provided by the city, forcing many youths to sleep in subways, on park benches, in abandoned buildings and on rooftops.”

For these individuals the price of having a disease prevails over their ability to receive housing and other services offered by the city. Individuals are in a situation where they weigh what is the most immediate harm. I use the word immediate as when you’re in a bleak situation, long term is not an option or a concern at the moment. So faced with the immediate dangers of being homeless brings versus a disease that is now perceived as manageable and doesn’t put one in immediate threat, in a way the issue of homelessness cancels out having the disease.

The second factor that should be looked at is the way social service agencies that support those with HIV assist with creating this entitlement of cash incentives.  In NYC HIV focused agencies will often give various ’incentives’ to get clients in their doors. The process of offering incentives may have initially been seen as a way to encourage those who were hesitant to seek HIV services because of factors such as stigma and homophobia has now morphed into an attitude that one should receive an incentive to manage their care.

This incentive approach to modify behavior is not new as it has been utilized by schools to help students improve their attendance or grades and even to donate blood but not everyone thinks it’s an effective tool of change. A recent study by economic professor Uri Gneezy found that proponents of using monetary incentives in behavioral interventions can be helpful in getting people to study or exercise more. But opponents believe that using incentives in those areas could backfire because extrinsic incentives may in some way crowd out intrinsic motivations that are important to producing the desired behavior

In New York City incentives to manage one’s HIV health may include a Metrocard, a free movie pass or a gift card depending where one goes.  The value of these can range from 5 to 25 dollars. Even the very act of going to receive a HIV test will usually net a person a monetary incentive. These can be considered on a small scale, a contributor to the thought that HIV has some type of financial rewards and could explain why the men who saw having AIDS as being favorable based on the rewards.

For those aware of the incentives offered by social service agencies, they have learned to abuse this system as there is no unified way to track a person receiving an incentive from center to center. A knowledgeable person in one day can travel around the city and visit as many agencies as they can to get tested and receive incentives at each place. In some cases the person is already aware of their HIV status but proceeds to get tested based on the incentive they will receive. It’s similar to a child on Halloween going house to house collecting candy only in this case an individual doesn’t have to wait a year to do the same routine.

Also HIV agencies don’t want to turn anyone away as providing services for their clients is sometimes more about quantity than quality as HIV initiatives becomes more a number game set by funders. This quota set by a city; state or federal grant is basic in all grants and is expected to be met for future funding. This has a relationship with incentives offered as incentives among agencies are not uniformed but rather the idea is to get the best incentive that will bring people in and keep them coming. From HIV support groups to HIV events and even mental health care, all offer some type of incentive to get consumers to walk through the doors.

To be fair many clients need the incentives especially those needing transportation. The problem is that it goes beyond the basic need and modifies a person approach to their health. No longer is one wanting to maintain their health because after all it is their health, but they have now been indoctrinate into a system that communicates that maintaining one’s health should be rewarded. Looking at offering incentives many studies have shown when trying to change behavior incentives don’t work as when the incentives are removed the motivation to change also disappears. So as this disease changes the way to get people into care and staying into care has to change and that includes offering incentives to manage one’s health.

There’s no need to throwing out the baby with the bath water as incentives in a short term way has some value but in a long term way especially in New York City a model has to be created that doesn’t create a culture where having HIV/AIDS has a benefit.