The Closing Ceremonies of the Olympics

The Olympics are over and I am spent from having watched. TiVo, God bless his heart, was pushed to his limits, recording up to three six-hour plus blocks of badminton, boxing and my new favorite: BMX.

The Closing Ceremonies blew the final whistle on the event. There was dancing. Flying. Fire. And Smiling. They say that the reason for the big gala is to bring all the athletes together as human beings and not competitors. Here’s a photo from the jaw-dropping spectacle: 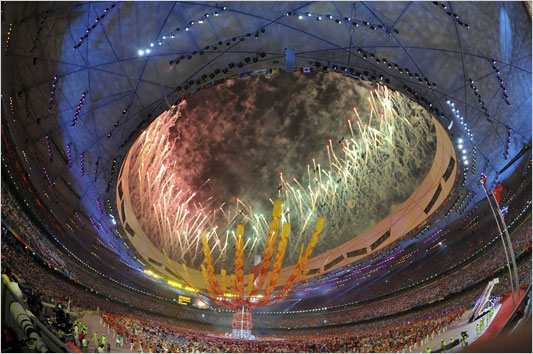 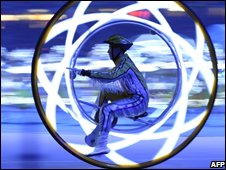 I think the closing ceremonies has more to do with warding off an alien invasion than anything else. Is it completely out there to think that could be the entire reason for the games themselves? What other ways are there to show other planets how much ass we can kick? Perhaps the multi-million dollar closer is just to show that we are not only a planet of gifted athletes, but unhinged weirdos as well.

Something to think about...