In the course of a few short months, Lee Thompson (“Uncle Poodle” to reality TV watchers) has managed to personify a variety of hot button issues among gay men today. He has come out as gay and HIV positive. He has sent an ex-lover to jail and sent nude pictures via Grindr.

Or not. Depending on whom you believe. Let’s break down the strange case of Uncle Poodle. 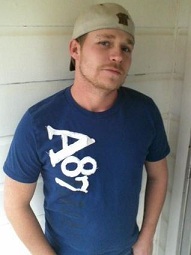 In what we can all agree was a positive development, Thompson publicly came out as gay last year and evidently has the love and support of much of his family, the colorful clan of the TLC reality show “Here Comes Honey Boo Boo.” He instantly became an ally and friend of gays everywhere. So far, so good.

Then, in a recent interview with the Atlanta gay magazine Fenuxe, Thompson made the announcement that he tested HIV positive in May of 2012. What was startling, though, was his explanation of his infection. Thompson claimed that not only had an ex-lover knowingly infected him, but that the man is currently serving a five-year sentence for non-disclosure of his HIV status (an example of what is known as HIV Criminalization).

Almost immediately the details of the story were questioned (by everyone except Fenuxe magazine, which did not delve into the prosecution in their piece; the writer simply “applauded” Thompson’s bravery). Journalist Todd Heywood posed serious questions about the case, including the timeline between Thompson’s infection and the reported prosecution, which would have happened in mere months. Heywood also scoured court records from Georgia to Alabama and could find no evidence of any such case. Requests for more information from Thompson’s people have garnered no response. The defendant has never been identified.

Did Uncle Poodle lie about sending the ex-lover to jail? And why the hell would he do that?

It is my opinion that Thompson made up the prosecution story. And in doing so, he behaved in much the same way that most everyone does who tests HIV positive these days. He looked for someone else to blame. He played the innocent victim. He released himself from personal responsibility.

Because everybody knows that when you test HIV positive, you don’t call your doctor to start treatment. You call the police to press charges.

Stigma is driving these actions, of course. People who become positive today are judged for being “bad,” for not following the rules, for failing the community and becoming one of the great unwashed. It makes no difference that they were simply caught being human, that they let down their guard for a moment or got drunk or didn’t care or stupidly fell in love. Their friends will furrow their brows. Their dating life will wither.

And so, someone must pay for these indignities. That is one reason HIV criminalization laws have prospered - they appeal to our sense of vengeance. They are also vessels of homophobia, sexism and racism, considering how badly the laws are applied and how often prosecutions run counter to public health or even common sense (some convictions have imposed jail time for decades even when condoms were used and no one was infected, and advocates believe people forgo HIV testing in fear of being prosecuted). Conservative lawmakers and prosecutors -- who don’t believe people with HIV should be having sex at all -- are more than willing to exploit our feelings of revenge when testing positive so they can lock up some diseased fags.

I empathize with those who test positive today. They suddenly find themselves on my side of the viral divide, and for some, their hearts and minds may not have made the crossing yet. Perhaps they have unresolved issues about becoming infected. Whatever their circumstances, testing positive is a major life event and I can understand if some have an impulse to lash out.

And I believe that Lee Thompson did exactly that when he reported sending the man who infected him to jail. The man who no one can identify. The case that no one can locate. 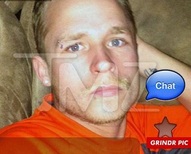 People living with HIV have every right to “full and satisfying sexual and emotional lives,” as the Denver Principles stated thirty years ago. There is no evidence or details about Thompson’s sexual life or choices, so let’s simply hope he is conducting himself as someone with intimate knowledge of HIV non-disclosure laws, considering his contention that he sent someone to jail for withholding their status. The sword cuts both ways, and I worry for him.

Lee Thompson certainly has faced his share of scrutiny, living as an HIV positive gay man in the rural South, much less someone connected to a wildly popular reality series. But he should consider his moves, both public and private, very, very carefully. Because we don’t simply like to tear down celebrities, or save our judgment and revenge for those with the thickest skin.

As we prove time and again, we can do it to the very best of friends.