The New Meaning of ’HIV Free’

Twitter
Facebook
Pinterest
Tumblr
Email
Advertisement
Remember when “HIV free” simply meant living without the virus in your body?  Well, terrible laws and even worse implementation have created a new definition for this term.  Now, “HIV Free” means the release of someone who was erroneously sentenced under HIV disclosure laws.

Not familiar with these laws?  The Sero Project can get you up to speed better than I can. But basically, in many states, if you are HIV positive, you can be held criminally accountable for having sex with someone if you don’t disclose your HIV status... even if you wear a condom.

The new HIV Free experienced a victory last week when the Iowa State Supreme Court overturned the conviction of Nick Rhoades.  POZ did a feature of Rhoade’s plight in 2012.  I’m happy for Nick, and the hope is that this ruling will pave the way for other states to dial back their horrible HIV laws.  They don’t work in preventing HIV- quite the opposite, I think these laws scare people away from getting tested for HIV.

Mark King attended this month’s HIV Is Not A Crime Conference and wrote this powerful blog entry about it. Watch his video below.  We need to do everything we can to make people with HIV... HIV Free. 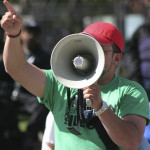 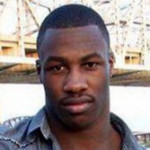