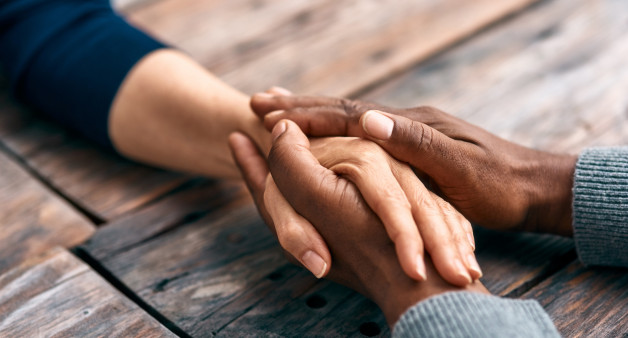 The Newest “Ism” to Challenge Is Ageism

Sexism and racism are widely recognized and tackled, but ageism often goes unchecked.

Sometimes we don’t realize how pervasive stigma is unless we are part of the group to whom its directed. That is never so true as ageism. Sometimes it seems like the last frontier, an “ism” that isn’t yet effectively outlawed.

Sexism and racism are widely recognized and tackled, but ageism often goes unchallenged.

The dictionary defines ageism as “discrimination against persons of a certain age group; a tendency to regard older persons as debilitated, unworthy of attention, or unsuitable for employment.” It’s about denigrating or ignoring older people and it runs rampant, I’d argue, in the HIV community. It’s sometimes casual, sometimes systemic. It’s always annoying and often unfair.

Where does it come from? Some suggest it’s how society copes. Fear of death and fear of disability and dependence are major causes of ageism; avoiding, segregating, and rejecting older people are coping mechanisms that allow people to avoid thinking about their own mortality, suggests one source. Whatever it comes from you don’t need to look far to see examples.

Here is a case in point. Realize, the only group in Canada active in advocacy for older adults living with HIV, asked this year’s International AIDS Conference planners for a Grey Zone in the Global Village, one where older adults could meet and enjoy respite. There are, after all, networking zones for women, for youth, for indigenous people. They were turned down. There will be no Grey Zone in the Global Village. Says Realize “the lack of Conference attention focused on the critical issues of HIV and aging is staggering.”

Here is another problem. Older adults with HIV are routinely slapped down on social media, painted as nuisances, sexual predators and worse. One local AIDS Service Organization worker opined older poz men should be jailed; another used the term “fossils.”

Want more? My own country has no idea how many seniors live with HIV, Why? Because it’s uppermost age group it keeps statistics on is “over 55.” The official indifference to better understanding the needs of a group which constitutes approximately half of those living with HIV, and growing annually, is staggering.

True, we have been talking about HIV and aging for some time. It’s fashionable to do so, and it gives the appearance that we are doing something for older adults. But once one is old, as opposed to just getting older, the landscape seems surprisingly bleak. Services geared to old people living with HIV? You have to look hard for them. Medical care which successfully integrates HIV and gerontology? Shout if you have seen any. In fact medical care for older adults generally is surprisingly deficient and rampantly stigmatizing.

The truth is that being an old person with HIV is very different from being a younger one. You have to experience being old to fully understand why. Turns out that practically speaking, aging feels mostly about bodily deterioration — in hearing, in vision and in mobility, all factors which have little to do with HIV and everything to do with what seniors everywhere experience. (Does aging progress faster in HIV-positive adults than their non-positive counterparts. Do we suffer from more comorbidities? Discount differences in lifestyle between the two groups – smoking and drug use prevalence for example - and the picture is much less clear.)

In any event, the service and care gaps which aged adults living with HIV inevitably experience need advocates to press for their being addressed. The best candidates for doing so, the people most affected, are fast disappearing. Retirement takes its toll and so do other less pleasant factors. We need younger voices to advocate not just for youth but for those at the opposite end of the age spectrum.

Above all though we need to recognize ageism for what it is – stigmatization of an increasingly marginalized population that is too easily ignored. We need older adults to come back out of the shadows and talk to us about what being old with HIV is like, and what they most need. We need better, more integrated medical care that treats old people with HIV respectfully and in a holistic way, people with more complex social and medical needs than most. Offer support to the lonely, for example.

The aging activist in me  — I’m in my early 70’s — wants to do so much more. My body and mind suggest it’s time for retirement. That scenario, repeated hundreds of times over, is why I need your help, your understanding and your commitment to stamping out ageism!