“’The Other City’ is a powerful film that shares the stories behind the statistics of people living with HIV/AIDS in Washington, DC.” 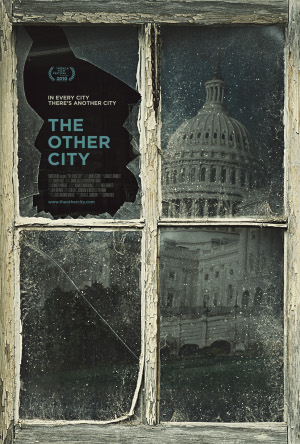 I attended a screening on September 22 in New York City of The Other City, a documentary about the “invisible” community of HIV-positive individuals who live in Washington, DC. An estimated 3 percent of the population in our nation’s capital is HIV-positive--the highest rate of any city in the country.

After the screening there was a Q&A with the film’s writer and coproducer Jose Antonio Vargas (his 2006 series on HIV/AIDS in the Washington Post inspired the film) and POZ founder Sean Strub (now a senior advisor for the Positive Justice Project).

The Other City is a powerful film that shares the stories behind the statistics of people living with HIV/AIDS in Washington, DC. J’Mia Edwards is an HIV-positive mother who struggles to find housing for her and her children. Ron Daniels is a former injection drug user living with AIDS who provides clean needles and helps other drug users receive treatment. Jose Ramirez spreads HIV awareness to the city’s Latino youth after discovering he contracted HIV from his boyfriend. And Joseph’s House is an AIDS hospice that provides a comforting home for terminal patients.

Washington, DC, is full of power players, yet the epidemic was allowed to grow out of control. The film shows that by not addressing the needs of “the others” we all eventually pay the price of HIV/AIDS.

POZ had the opportunity to interview the film’s producer Sheila C. Johnson at the 2010 United States Conference on AIDS in Orlando. Johnson discusses how she became involved with the documentary and the importance of talking about HIV/AIDS. She hopes this film will reignite those conversations.

Watch our interviews with Johnson and Vargas:


Click here for more information, to view a trailer of the film and to find a screening near you.

To read a blog entry on The Other City by Kate Ferguson, the editor-in-chief of our sister publication Real Health, click here.