By now, you’ve probably met Bill. He’s that stocking-capped, stick-figured face of the latest Internet meme “Be like Bill”--you know, those cartoons that your friends post as a way to passively aggressively let everyone how they should (and should not) behave.

Bill mostly talks about people’s habits on social media. As in this example: 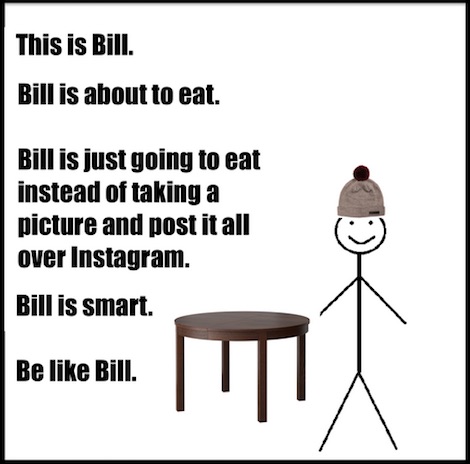 Bill’s a popular guy, so I enlisted him to get the word out about some more pressing issues, like HIV and PrEP. Check out the results (and post them on social media). 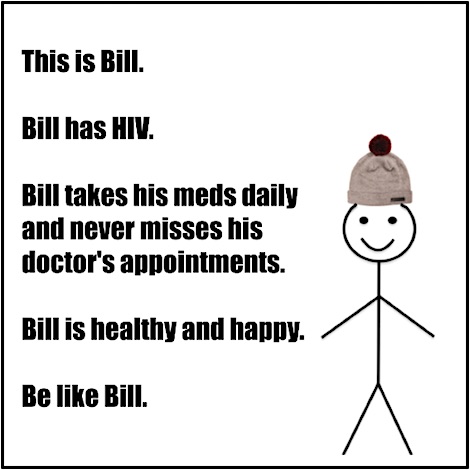 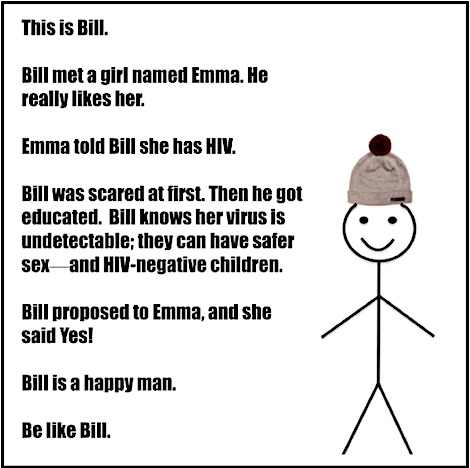 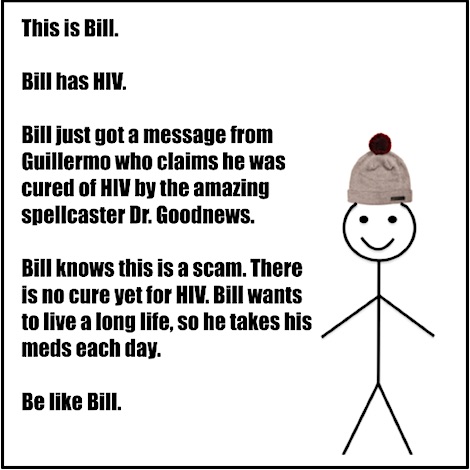 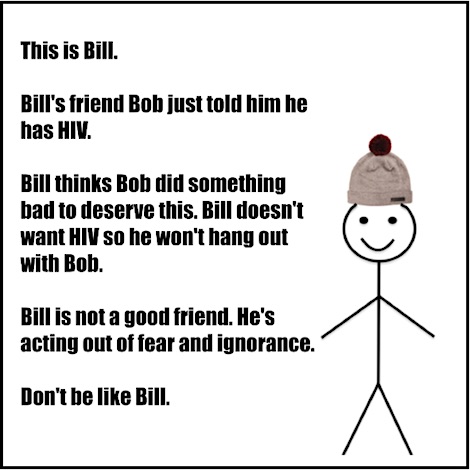 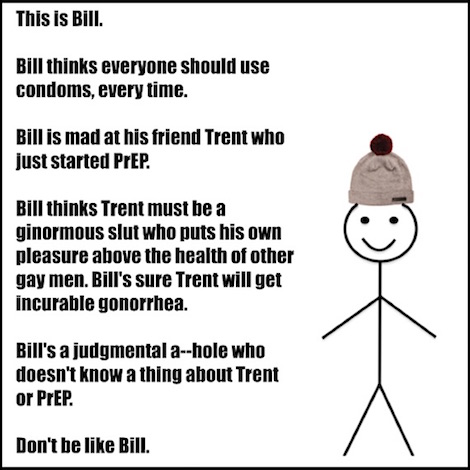 And in case you’re sick of Bill and want to bitch-slap him back into the pre-digital age--Kapow!!!--I feel your pain. So I leave you with not one, but two Internet memes in this hilarious collision: 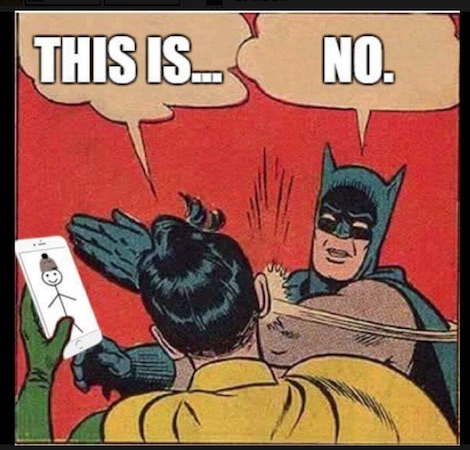 BTW, Batman, if you want to banish Bill from your social media feed, remember that you can click on the drop-down arrow on the right of the post and then choose “Hide from all.” That should get rid of the Bills, Bellas and Emilys created from that specific app. I think. Actually, I’m not 100 percent sure because I’m not a tech wizard.

PS: Fellow POZ blogger Shawn Decker posted his own timely take on the Bill meme, using it to take down that AIDS doc quack who claims he cured Charlie Sheen. Check out "PSA: Don’t Be Like Bill Maher. He’s Stupid." 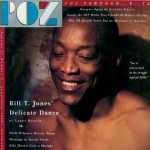 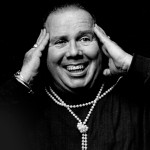