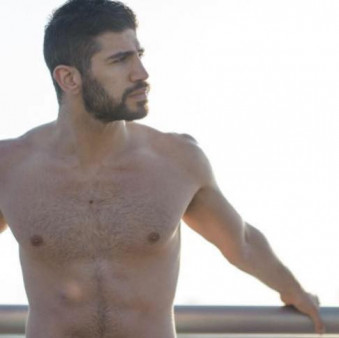 I was headed somewhere, but the destination was to nowhere.

I WANT TO START WITH A QUICK SIDE NOTE: It seems that there are those that may not quite understand the time line of my blog posts. Let me clarify that today—July 2018—I am a sober man, embracing my HIV status.

Each time I post, there seems to be no stigma on the HIV angle, but it does appear regarding the addiction side of my story. I have said before that I will not sweeten up my story for anyone. My journey wasn’t perfect, I made a lot of poor decisions that led to me becoming a better person. I only have my experience, and in telling it, I hope to help at least one person who went down (or is now going down) the same path I did. I hope that they can relate and find a healthier solution sooner than I did. It may seem like I am glorifying my drug use and all that came along with it, but I am only describing the allure and the cycle that I couldn’t break, until I did. Buckle up for a ride. There is light at the end of this tunnel.

Now, back to the story:

The air was still, the morning silent. Occasional figures passed by in the dunes and woods. I was headed somewhere, but the destination was to nowhere. I saw the sun start to rise, and knew I had to get inside.

After receiving a text message to meet a friend in Fire Island Pines at a house with a group of guys for festivities, I had grabbed some supplies from his hotel room in Cherry Grove and headed over. More drugs to keep the party going, some pills to help with erectile dysfunction brought on by extensive drug use, and then some extra toys and sex gear. I was a servant to this darkness, and I followed its demands.

I was running after it, chasing after it. I was trying to reach something I just couldn’t catch, but I was certainly catching gonorrhea, chlamydia and syphilis along the way. What did I care? I finally found something I was good at and a place where I fit in. I was the perfect sexual being, primal and desired. My body was a way to get free drugs, and I was more than aware of that.

That morning in early August 2013, I met a man among the group. He wanted me to be a part of his already polyamorous relationship. It didn’t bother me much that I was going to replace their third partner. The reason I was interested in the first place was that I could get what I wanted if I played the part. The third boyfriend, the bottom, the missing puzzle piece. It would be David, Keith, and I. It wasn’t a bad thought at the time.

So I said yes to the proposition. I was the perfect fit into their relationship. I spent time with them one-on-one and together. We visited other cities, the house they owned in Upstate New York, the house in Brooklyn. This was perfect. I barely worked but was able to live a life of traveling and helping out with their production company. I felt like a prince with all of the players moving around me. I was getting high every day. When I did get sleep, I’d wake up and have coffee and hit the meth pipe; eventually, it became a toke and then a cup of coffee.

David was the neurotic kind, a control freak. He had to have everything his way. An adult-sized, spoiled child. It worked out in my favor the majority of the time because he wanted me to want him and love him. He was about 5’10" with brown hair and he always looked like his eyes were about to pop out of his head.

Keith was pretty simple and quiet. He was definitely opinionated when he did speak and was well-educated. He was blond, tall, and very thin. He substituted his A.D.D. meds with meth because he didn’t like going to the doctors.

We never flew anywhere, we only drove. We’d pull into rest stops along the highway and find a parking space somewhere on the outside of the lot and pull out the drug box, an old-school green Amelia Earhart suitcase. The torch would ignite and then we’d feel less aggravation and able to hop back on the road of destruction.

At Christmas, we made our way upstate to see Keith’s family on their farm. It was a long drive. We stopped and smoked along the way, we’d continue our trip, and then would stop again. We made it upstate pretty late in the evening, checked into our hotel room and unloaded the car. We had presents and we had our clothes bags, our drug case, our sex gear bag, and our toiletry bag where my medication was-- somehow the drug case seemed more appealing. I wasn’t thinking clearly. I wanted it all to end. Even at dinner with Keith’s family, I was the “friend who had nowhere to go for Christmas.” That wasn’t true, I had family and friends who wanted to shower me in love, but they couldn’t keep me high like these men could. I loved the feeling of false love, mixed with abuse, and the unmanageable behavior.