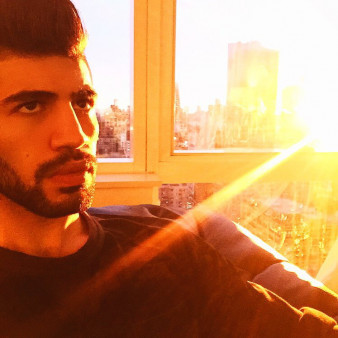 Sometimes you have to hit rock bottom to climb back to the top, and at this point in 2014, I was headed straight for rock bottom.

When we would get high together, we’d always invite others over to have sex and hang out, and I could never get enough of new faces, going through the motions. David and Keith liked to cuddle with others during the downtime and as I was in the shower, preparing for some guys to arrive. We had a friend of mine over, perfect to look at. His eyes piercing and his body slamming. He had the butt of a god and everything else with perfect, too. As I walked out of the bathroom, I saw it. There was someone in my spot between them, snuggling. Was this person going to replace me? I was hoping he’d be the person to replace them. I made a quick decision to find others to fill this emptiness. I screamed and argued and stormed out of our room into resentment.

I escaped to another hotel room to a group of random, attractive guys and I was desired and worshipped by them. They made me feel like something even though I felt like nothing. I was empty as much as they were filling me. I was emotionally and spiritually bankrupt. After many hours of endless sex, parts that couldn’t stay hard, and headaches from dehydration, my body was fatigued and I headed back to my hotel room to find the boys packed and ready to go home. I had ignored all of the text messages they sent through the night, but I packed up my things while arguing and we headed to the car.

The drive from D.C. to Rhinebeck in Upstate New York was going to be long and teach us all a lot about our relationship and each other. Ultimately, it showed me that I was running away from everything in my life. I couldn’t have a good relationship with myself, so how was I supposed to have a healthy relationship with another human being, let alone two others. They didn’t like that I disappeared with no consideration to their feelings, and I disappeared because they didn’t consider my feelings. We had an open agreement with our relationship, but I took it to a new level. I didn’t want to be replaced, but I ended up replacing myself with emptiness. I didn’t want that kind of love. I wanted one man for myself, but right now I could only be in a relationship with the deceptive drug lifestyle. We were done, we were over. They stayed in a relationship together while I was left alone, nobody to love me.

Over the next week or two, I found myself in the little house upstate with two men I couldn’t stand to be around. We were going to try to make it work after the mess at MAL, but we only got into more arguments. We’d wake up and smoke meth, David suggesting we try not to do it so much, but we’d get caught up in it even further. Drug addiction is simple: You’re miserable when you try to control it, and you’re miserable when you go all out. I was miserable, and after screaming and yelling for hours back and forth, we had decided this was the end.

I needed to retreat back to New York City on an Amtrak train. I felt destroyed. I believed they were the cause of my destruction, and I couldn’t even begin to take responsibility for my actions. Why was I attempting to stay with them? Why was I choosing meth over my health and happiness? I felt trapped by insecurity and rejection. I felt I had nowhere to go and no one to rely on. No one understood what I was going through.

The tears drip down my cheeks as I type away at this because I remember the fear I lived with. I was so scared of being loved and of loving myself. I wanted to die. Sometimes you have to hit rock bottom to climb back to the top, and at this point in 2014, I was headed straight for rock bottom. 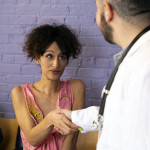