Tis the Season for Giving—and Giving Back!

Keep the holiday spirit with these gift ideas that raise awareness and give back to organizations that fight HIV/AIDS.

Whether you’re gifting yourself or a loved one, when you buy one of the special items in our holiday roundup, you’ll be giving back to an organization working hard in the fight against AIDS. 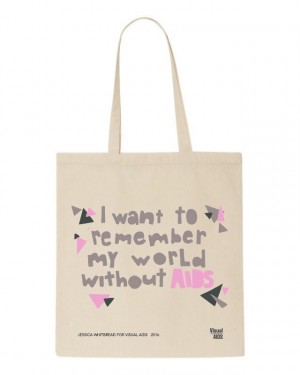 Encourage those on your gift list to tout their support of the fight against AIDS everywhere they go with this conversation-starting carryall. Designed by queer HIV-positive artist Jessica Whitbread, this tote serves as a practical accessory and a reminder that AIDS is not over. Proceeds benefit Visual AIDS, which for nearly 30 years has raised awareness of HIV/AIDS and provoked dialogue around the epidemic via visual art while supporting artists living with HIV by awarding grants. 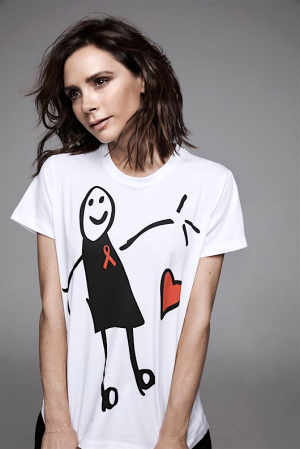 As International Goodwill Ambassador for UNAIDS (The Joint United Nations Programme on HIV/AIDS), former Spice Girl Victoria “Posh” Beckham helps raise resources for and awareness of the global AIDS epidemic as it affects women and children. So who better for her to collaborate with on a fundraising T-Shirt than her own fashion-forward 5-year-old daughter, Harper? Harper has helped her mom design a super cute shirt available in children and adult sizes to commemorate World AIDS Day. Proceeds benefit Born Free Africa, whose sole mission is to end the mother-to-child transmission of HIV. 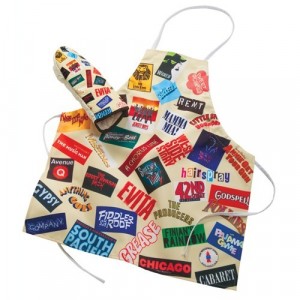 Help the Broadway fans in your life keep track of the classic shows they’ve seen—or the ones on their bucket list—with this colorful apron and oven mitt set featuring the logos of more than 20 classic Broadway musicals. (And help them protect those jazz hands from steaming-hot pots too!) Proceeds benefit Broadway Cares/Equity Fights AIDS, which since 1988 has raised more than $285 million dollars for much-needed services for people living with AIDS and other life-altering illnesses through creative fundraising endeavors like its annual burlesque spectacular Broadway Bares. 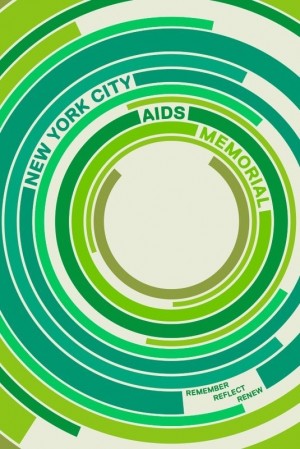 This holiday season, support the much-anticipated New York City AIDS Memorial (officially The New York City AIDS Memorial Park at St. Vincent’s Triangle), set to open with a public dedication on December 1, World AIDS Day. Located in Greenwich Village near the former site of St. Vincent’s Hospital, considered by many to be ground zero of the AIDS epidemic on the East Coast, the park will be a place for reflection featuring the work of visual artist Jenny Holzer and the writing of Walt Whitman. This limited-edition print by top graphic artist Kobi Benezri represents the emotional strain and the ongoing nature of the struggle against HIV/AIDS. Proceeds benefit the memorial and its educational programs. To read more about the NYC AIDS Memorial, click here. 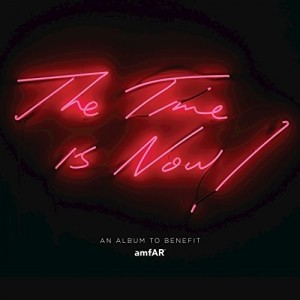 Indulge a loved one’s nostalgia (or your own) and raise money for amfAR, The Foundation for AIDS Research. The album The Time Is Now features covers of ’80s favorites by Wang Chung, Michael Jackson and New Order by current-day artists Theophilus London, Aloe Blacc and Scarlett Johansson’s band Sugar for Sugar respectively, among many others. In other words, it’s both a great gift and the perfect soundtrack for a throwback cocktail party. Proceeds benefit amfAR, which has been awarding grants to scientific research teams around the world since 1985 in an effort to find a cure. To read more about the album, click here. 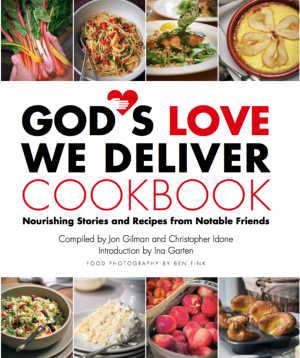 Even if the cooks on your gift list already know about the great work that keeps God’s Love We Deliver busy all year round, they’ll be moved by the touching stories that accompany the tasty recipes in this star-studded recipe book. Alan Cumming, Cyndi Lauper, Bill T. Jones, Meryl Streep and dozens more share how to make some of their favorite dishes and explain why they mean so much to them. It’s a fitting tribute to the organization that for more than 30 years has been delivering customized prepared meals daily to those in New York City living with AIDS and other serious illnesses. Proceeds benefit God’s Love We Deliver directly. To read more about the cookbook, click here. 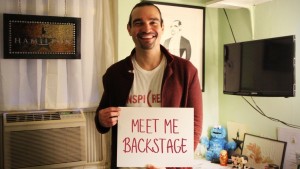 Donate to the organization (RED) and you’ll be entered for a chance to win not only tickets to the hottest musical on Broadway (Hamilton, duh!) but a backstage pass for a visit with the show’s lead and POZ cover star, Javier Muñoz. Proceeds will benefit (RED), which will pay for the antiretroviral drugs HIV-positive moms-to-be in sub-Saharan Africa need in order not to pass the virus to their children. And as if you needed more incentive, in honor of the organization’s 10th anniversary, the Bill and Melinda Gates Foundation will match every dollar donated—up to $78 million!