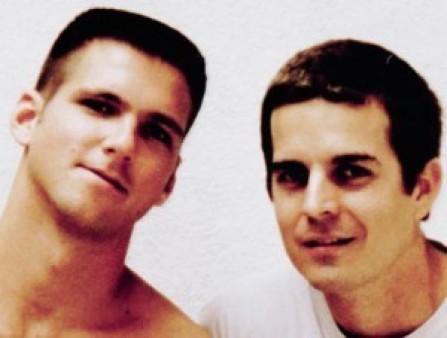 While catching up on my work-related emails, press releases, research papers and general reading, I came across an AIDS.gov blog post titled “Stigma can kill: Making a difference for tomorrow.”

I admit that what really caught my eye was the accompanying photo of two attractive young men, probably taken in the late 1980s or early 1990s—the same time I was a young man just coming out as gay. Were these two men lovers, I wondered. Did one of them actually die?

Needless to say, I had to click on the story and find out.

The blog was penned by Richard Wolitski, PhD, who is the acting director of the Office of HIV/AIDS and Infectious Disease Policy within the U.S. Department of Health and Human Services, and I suspect many people will relate to his story, as I did.

Wolitski’s post also reminded me of a fact that’s easy to lose touch with when emersed in the daily grind: that many HIV researchers, advocates and policymakers—even those high up in the seemingly impersonal federal government—are actual human beings with real-life experiences regarding this virus and that those experiences have motivated them to fight the AIDS epidemic.

I’ve posted Wolitski’s story below. You can also read it here, and visit AIDS.gov for more info and to subscribe to the blogs.

Stigma can kill: Making a difference for tomorrow

Stigma killed my partner John. He died in 1994, less than a year before he could have gotten effective antiretroviral therapy that might have stopped HIV from taking his life. There’s no way to know for sure, but I believe that stigma is the main reason he’s not alive today.

John was really angry when he was first diagnosed with HIV. Instead of being angry at the virus, however, he was angry at himself. He saw getting HIV as yet another failure in his life. It made him feel like he had failed his family, his friends, and me. It made him feel dirty and ashamed of who he was. Who he loved. The sex that he had.

Over time, the anger turned to depression. John was an incredibly charming, sexy, and outgoing man. But the internalized stigma he felt made him withdraw from the people he knew. He shut himself off from other people so that he would not feel what he thought was their unspoken judgment, or be reminded of the shame and guilt he felt about his HIV status and his sexuality. He shut himself off to avoid being reminded of everything he had lost and the dreams that no longer had a chance of becoming reality.

Taking his medication every day reminded John of what he had lost. And the side effects from the early drugs didn’t help either. So he skipped taking his meds so he didn’t have to be reminded that he had HIV. After a couple of opportunistic infections, he stopped treatment entirely. And he died a couple of months later, just before his 29th birthday.

I believe that, if it weren’t for the stigma, John would have taken his medication every day and he wouldn’t have lost all hope. If he had lived just a few months longer, he might have joined the millions whose lives have been saved by the antiviral therapies that started to become widely available in 1995.

But even today, stigma is still killing people. More than 16,000 people with HIV die each year in the United States. Too many die because stigma and fear of being HIV positive stopped them from getting tested for HIV, or seeing a doctor about their HIV. Some dropped out of care because they experienced stigma in the health care system due to their HIV status, sexual orientation, gender identity, race,   socioeconomic status, or drug use. Others died because they didn’t fill their prescriptions or take their HIV medications every day because they did not want anyone to know that they had the virus.

Today, treatment has the power to stop most HIV-related deaths. Yet, worldwide, about 1.5 million people died from HIV-related causes in 2013. HIV treatment can save lives only when people are diagnosed early enough, have access to effective antiretroviral treatment and competent medical care, and take their medication consistently. Achieving all of this is not easy, and stigma continues to make it even harder.

I’ve been thinking about John, and about the ongoing power of stigma, as I prepare to attend the White House Office of National AIDS Policy’s meeting on HIV stigma this week. I’m looking forward to participating and joining with other public health professionals, health care providers, researchers, advocates, and people living with HIV to address how we, as a nation, can do better at reducing it.

Reducing stigma is a key step of the updated National HIV/AIDS Strategy. For the first time, the strategy commits to developing an indicator to measure HIV stigma and tracking progress toward that goal. While the Strategy provides a vision for eliminating stigma in the U.S., it’s up to each of us to fight against it in our personal and professional lives. It’s not easy, but those of us who are living with HIV can be open about our status and be unashamed of who we are. Professionals can provide competent services that are affirming of all people, regardless of their HIV status, risk, race, sexual orientation, or gender identity. We should not expect, nor accept, anything less.

We all can love and be there for the people in our lives who have HIV. We can stop blaming and shaming people, and we can work to ensure that all people who are at-risk for HIV have access to PrEP and other prevention services. And we can all be leaders in supporting the rights of those living with HIV to effective medical treatment, employment, housing, loving relationships, and lives free of discrimination.