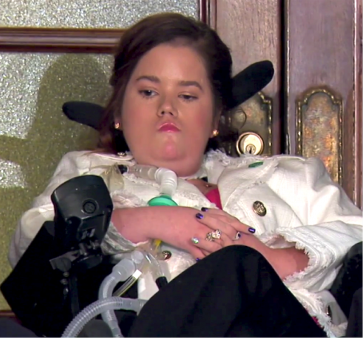 Last week, Congress heard from President Trump in his first joint address to Congress, confirmed the President’s Housing and Urban Development nominee, and continued to grapple with the budget. Each of these items on this week’s congressional agenda will have major implications for people living with HIV.

It is a time-honored and politically expedient tradition for U.S. presidents to take time during the State of the Union or joint addresses to Congress to highlight the contributions and stories of a select group of remarkable individuals. President Trump did not buck that tradition in his first major address to Congress, spending a significant portion of his speech attempting to underscore his priorities  vis-à-vis several guests in the gallery. Monica Crowley, a young woman diagnosed as a toddler with Pompe disease, a rare and often fatal metabolic disorder that causes damage to muscles and nerve cells in the body, was highlighted in this way. President Trump’s choice was an appropriate one in that it shone a spotlight on the determination and courage of Ms. Crowley and family during Rare Disease Week. However, his stated reasons for doing so were representative of a deregulatory zeal that is evident not just in his attitude to toward drug development, but in his intentions to cut patient protections that many health care advocates see as a severe threat to the well-being of millions of Americans, particularly those with pre-existing conditions.

In his address, President Trump used Ms. Crowley’s story to underscore the “slow and burdensome approval process at the Food and Drug Administration” that enabled the drug that saved Crowley’s life to be approved in just nine months and to call for less regulation in the drug development process. This proposal to strip safety and effectiveness standards did not sit well with the National Organization for Rare Disorders, who released a statement thanking the president for honoring the courage and ingenuity of Crowley and those seeking innovative treatments for rare diseases, but sharply rebuking the notion that the FDA’s regulatory structure was severely inhibiting the development of new medications.

Albeit unwittingly, President Trump’s decision to place the national spotlight on Monica Crowley did far more to demonstrate why we need patient protections for people with pre-existing conditions and the expanded coverage of the Affordable Care Act and Medicaid expansion than to justify their dissolution. Like all Americans with pre-existing conditions, Monica Crowley was subject to discrimination by insurance companies before the advent of the ACA and could be charged with higher rates not just because of her Pompe disease diagnosis, but her gender as well. At the same time, before the ACA there was no federal standard for the minimum essential benefits that insurance plans had to cover, meaning that those experiencing rare diseases like Pompe were often left underinsured by medical underwriting.

Thus, it should come as no surprise that the National Organization for Rare Disorders are vehement supporters of robust essential health benefit standards that ensure people with rare diseases receive the coverage they deserve and that they champion both Medicaid expansion and greater provider network adequacy to enable those with rare diseases to see specialists who are knowledgeable in their specific conditions. The same protections would benefit Americans living with rare diseases like Monica Crowley would also help people living with HIV. While President Trump offered few specifics when outlining his vision for the country’s health care system, the broad brush strokes he painted on Tuesday signaled his vision keeps with proposals offered by House Republicans and would be disastrous for people living with pre-existing conditions such as HIV. President Trump couched his proposals in vague and reassuring language, but the HIV community should not mistake this softened tone for more beneficial policies. Access to care is not the same thing as the ability to afford care. In the language of Medicaid block grants and per capita caps, giving “state governors the resources and flexibility they need with Medicaid” actually means giving state governors fewer resources and the “freedom” to cut enrollment numbers and lower income eligibility thresholds.

On Thursday morning, the Senate confirmed former Republican presidential candidate Ben Carson as the new Housing and Urban Development secretary by a vote of 58 to 41. Dr. Carson, a retired neurosurgeon who has no background in the housing or mortgage sectors and at one time withdrew himself from cabinet considerations because of his complete lack of government experience, will now lead an agency with a nearly $50 billion budget and approximately 8,000 employees who are entrusted with managing most of the nation’s affordable housing programs. Among those programs, Carson will be entrusted with running the Housing Opportunities for People Living with AIDS Program (HOPWA), which will prove even more vital to the health of people living with HIV in the coming years as the nation’s health care system is in flux, given the vast repository of research that shows how much stable housing improves health outcomes for people living with HIV. In light of the looming specter of domestic spending cuts being touted by the Trump administration and the recent modernization of HOPWA that will require increased funding for proper implementation, Dr. Carson’s cooperation and endorsement of robust HOPWA funding will be of vital importance to HIV advocates.

Earlier this week, Representative Rodney Frelinghuysen (R-N.J.), chairman of the House Appropriations Committee, met with newly confirmed Office of Management and Budget (OMB) Director Mick Mulvaney to discuss President Trump’s drastic proposed domestic spending cuts. In a sign of just how deep the spending cuts go, Democratic opposition has been joined by a vocal number of congressional Republicans. Frelinghuysen and other prominent congressional Republicans like Senators Marco Rubio (R-FL) and Lindsey Graham (R-SC) have taken particular exception to a proposed 37 percent cut to the State Department and US Agency for International Development, with Frelinghuysen more keen to take the money through the reform of entitlement programs like Medicaid and Medicare. Both Trump’s and Frelinghuysen’s approach would cause significant harm to people living with HIV, albeit in different ways. Under the massive spending cuts proposed by President Trump, programs that serve people living with HIV like HOPWA and the Ryan White Care Act would see their budgets slashed, while Frelinghuysen’s plan would greatly reduce the capabilities of Medicaid and Medicare—the two biggest funders of care for people living with HIV.

Overall, this paints a rather gloomy portrait of the future of U.S. health care if left unchecked by the constituencies who stand to suffer from the dismantling of the ACA and underfunding of domestic programs. Without sustained pressure from people living with HIV and similarly affected populations, the protections and access to affordable care for people living with pre-existing conditions will be greatly diminished.