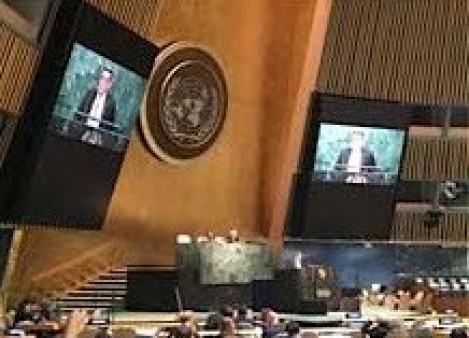 On April 19th the United Nations (UN) convened a UN General Assembly Special Session (UNGASS) on the World Drug Problem. This was the first drug policy session held at this level since 1998. The 1998 special session unfortunately was held amidst a global crackdown on drugs and resulted in a ratification of an international declaration heavily tilted towards the concept of a “drug free world” achieved by emphasizing criminalization of drug use, possession, production, and distribution. This year’s special session therefore was an opportunity to review the 1998 declaration and to make changes that emphasize public health and human rights over criminalization. Unfortunately, although delegates appeared open to change, little actual change emerged from the special session.

The United States delegation was led by Michael Botticelli, Director of the Office of National Drug Control Policy (ONDCP,) who delivered the U.S. plenary speech on April 20th. Director Botticelli’s formal remarks have not been made available, but quotes from his speech can be found on the ONDCP’s Twitter (@ONDCP):

After serving a criminal sentence, we must ensure people’s pasts don’t prevent them from having a future #UNGASS2016 pic.twitter.com/fKALSjh6G0

The #US firmly believes that investing in drug policies & programs to help our citizens is the solution #UNGASS2016 pic.twitter.com/FDKVeS91hP

We must make certain that both public health and public safety work together to address #substanceuse #UNGASS2016 pic.twitter.com/SqUkrFHjYi

Surgeon General Vivek Murthy delivered remarks on the first day. He noted that the U.S. has begun to shift towards a public health model to address drugs saying, “Forty-five years ago, we began war on drugs that became war on people who use drugs. It stigmatized and penalized and didn’t address the root problem.” Congress also got in on the act with Representative Earl Blumenauer (D-OR) in attendance as a Congressional observer. Rep. Blumenauer met member state representatives and civil society representatives from across the world. He published a press release calling for “a more just and compassionate approach” toward our drug policy.

Ultimately it is clear that there continues to be a considerable amount of work to do in changing the world’s approach to drug policy. Although some countries such as Mexico and Colombia have called for dramatic change, others such as China, Russia and Singapore remain strongly devoted to the current system. The United States is in a somewhat awkward space in between the two sides. While in the past the U.S. has been the world’s primary enforcer of punitive drug laws, it has now been accused of being in violation of international treaties on drugs because three states and the District of Columbia legalized the personal use of marijuana. AIDS United continues to call for a stronger shift away from criminalization which has ensnared many people living with, or at risk for, HIV and towards improving health and safety of people who use drugs including the implementation of syringe services programs wherever they are needed. 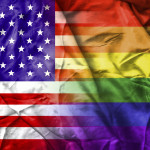