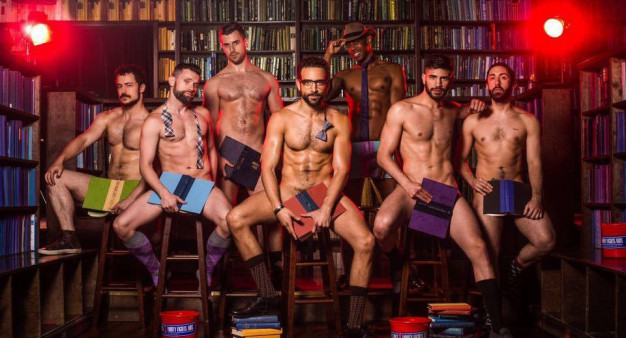 Unity Within the “Broadway Bares” Community

The month of May is usually when things come alive and New York City feels as one united force in the transition to summer. We just enjoyed the first weekend of sunny, Spring weather, and right now people are arguing on all social platforms about the fact that lots of New Yorkers did not take the stay-at-home and social-distancing orders seriously and instead headed to the parks and the piers, without masks and in big crowds. I certainly have my fair share of opinions and have even participated in some of the debates, but I made a decision today to let go and be content with my actions and doing what I do.

Within the last month or so, many events have been cancelled or postponed due to the outbreak of COVID-19, which is caused by a coronavirus. Along with these events is Broadway Bares 30th anniversary. The one-night-only, annual burlesque extravaganza that has two showtimes (9:30 & 12midnight) has been postponed until June 2021. These cancellations leave many people sad or upset, but I choose to be grateful for the many great times I’ve had. One of those memories was Broadway Bares: Strip U in June 2017. Maybe I should tell you about that. 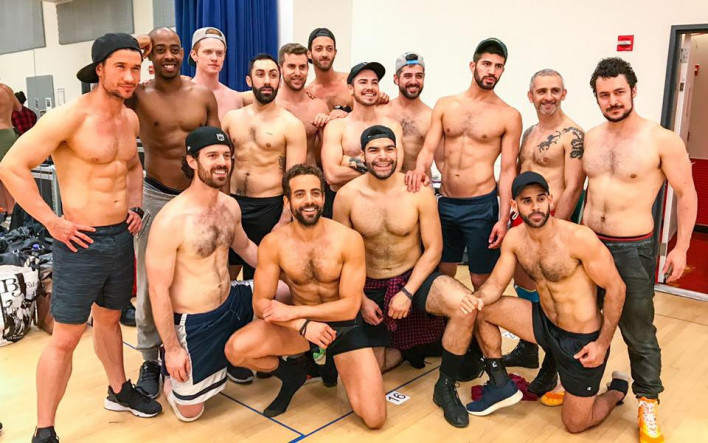 The boys of Psych Class 2017 for Broadway Bares: Strip U

I’ve been involved with Broadway Bares—which is a June fundraiser for Broadway Cares/Equity Fights AIDS (BC/EFA)—since 2011, but in 2014 I was bumped from the show due to a drinking problem that derailed my commitment and focus. I was still allowed to go-go dance in the VIP Lounge the night of the show in 2014; I was glad to be able to contribute in some way, but I was also largely living in my shame and wanting so badly to be on stage and take part of this wonderment and help those living with HIV and AIDS.

For the next two years, 2015 and 2016, Broadway Bares wasn’t an option for me because I was on the road touring with the stars of the Emmy Award-winning RuPaul’s Drag Race. So getting my chance to get back on the stage for Broadway Bares in 2017 made me overjoyed. When I received the confirmation email that I was cast, it felt like both a dream come true and a miracle. It also reminded me that I was on the right path. I had nothing to lose, and I wasn’t holding back.

I walked into my first rehearsal to find Bares veteran and choreographer Sidney Erik Wright along with assistant Ryan Jackson. I love these two guys and respect them dearly, so I was very excited to be standing in their presence and among the beautiful guys around me. And I quickly realized that we were about to rehearse that year’s all-male number. I had always wondered what it’d be like to be cast in that specific number—and now I  was getting my chance to find out. The name of that year’s Broadway Bares was Strip U, and it included a theme of university life. Fo this number, we were in Psych Class, think Pavlov’s Dog Study, named after a Russian physiologist from 1904. I got to finally play the role of a dog after all of those years being in doggie style. Just more reassurance that I was on the right path. 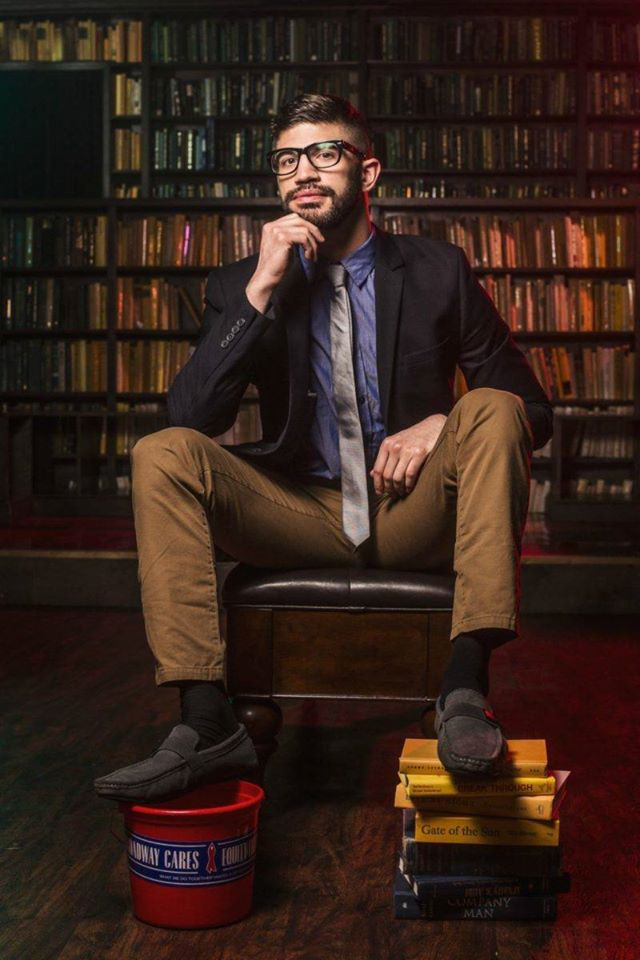 The whole month of June was packed with rehearsals for multiple shows and gigs and I was in a constant state of gratitude and what I guess you could call “euphoria.” There was also an online platform for fundraising, cleverly called the Stripathon that helped raise large donations from people who may have not otherwise been able to attend the live show in New York. In the Stripathon, I would tell my story and randomly receive $1,000+ contributions that would leave me in a state of shock; though unlike Velma Kelly in Chicago the Musical, when I killed my Stripathon goals, I didn’t black out—I could remember every little thing happening around me; and instead of taking lives, we were all helping to save them. I wanted want to celebrate the generosity of people because it gave me hope.  I would cry tears of joy without warning. I was telling my story and finding purpose in the world like never before… and all because I was doing it sober. My experience and my perception of life had changed drastically. My sobriety was allowing me to feel everything—it even helped me with that jazzy Cell Block Tango reference above.

When the weekend of Broadway Bares finally arrived, I remember being in the room at the rehearsal space with 200+ performers, choreographers, directors, tech designers and wardrobe people, and I had that feeling of being one with those around me and the unity that is community. I also found myself sharing my gratitude in recovery meetings and with my friends because I had almost two years of sobriety at that point: “I’m sober because of Broadway Bares, and I’m in Broadway Bares because I’m sober.” This was full circle for me and a turning point.

When I walked into Hammerstein Ballroom on 34th Street in Manhattan—the performance venue where Broadway Bares takes place—on the day before the show, I was overcome with both a sense of “I have arrived” but also a feeling that I was part of a close-knit family. We watched the rehearsals and cheered and supported each other while listening to speeches from our leaders before and after. Tears were far from absent. The camaraderie was strongly present, and hugs (back when it was socially acceptable to hug) were extremely common between everyone in the venue. 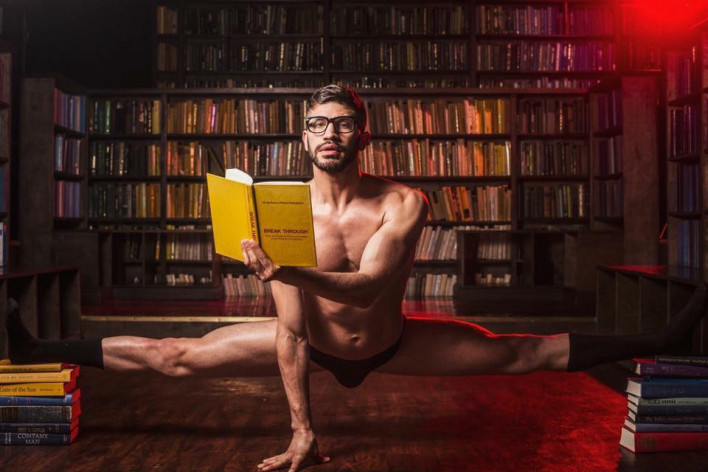 After leaving the venue that day, I devoted my time to working out, packing for an upcoming trip, and resting for show day the following day. That night I got into bed with a sense of ease and comfort. I had a sense of love for my community, those closest around me, and for myself, which is something I didn’t know I ever deserved, but I felt love for myself…and finally, some self-worth.