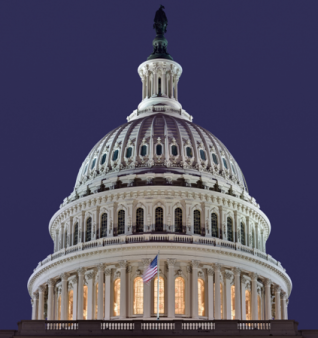 The U.S. Capitol at night

While all eyes are on the Senate health bill, lawmakers in the House plan to gut the Minority AIDS Initiative Fund.

As media attention and public scrutiny have increasingly focused on the GOP’s Senate health care bill and the various scandals plaguing the Trump administration, Republicans in the House have been quietly galloping forward in the appropriations process for Fiscal Year 2018. Despite the lack of a top-line budget number to guide their spending, Congressional appropriators have begun marking up spending bills in recent weeks, with full committee markups of all 12 spending bills projected to be completed by the end of next week, July 21.

Of particular interest to HIV advocates is the House Labor, Health and Human Services, and Education (Labor HHS) funding bill that was passed by a House appropriations subcommittee on Thursday afternoon. The Labor HHS appropriations bill, which allows for $156 billion in discretionary funding—a $5 billion decrease from Fiscal Year 2017—is a disappointing and ultimately harmful piece of legislation that sends mixed messages on HIV related spending, maintaining level funding for some programs while completely eliminating others.

The Ryan White Program maintains the same amount of funding it had in the FY17 spending bill at $2.319 billion, which is $59 million dollars higher than in the Trump administration’s requested budget, but still $4 million lower than in FY16.

Similarly, funding for the CDC’s National Center for HIV/AIDS, Viral Hepatitis, STDs, and TB Prevention stayed level in the Labor HHS bill, which rejected the staggering $183 million in cuts to the program requested by the Trump administration.

And, in the Transportation, Housing and Urban Development (T-HUD) bill, the T-HUD subcommittee ignored the proposed $26 million in cuts to the Housing Opportunities for Persons with AIDS program (HOPWA) included in the President’s budget, flat funding it at $356 million.

Also important is the fact that the Labor HHS appropriations bill also maintains language that allows state and local health departments to work with the CDC to use funds for syringe services programs, provided that the state or locality in question is at risk for a significant increase in hepatitis and HIV infections because of injection drug use.

However, while some HIV programs were left relatively unscathed by the appropriations process, others were decimated. In her remarks on the Labor HHS bill, Congresswoman Rosa DeLauro (D-CT-3) highlighted a number of cuts and outright eliminations of programs that greatly benefit people living with and affected by HIV. The proposed Labor HHS bill would eliminate funding for Title X family planning and the Teen Pregnancy Prevention Program (TPPP) while also including ideological policy riders to block federal funding for Planned Parenthood.

Perhaps the most devastating cut of all to HIV programming in the Labor HHS bill is the elimination of the HHS secretary’s Minority AIDS Initiative (MAI) Fund and the $54 million in funding that is used to support programs designed to reduce new HIV infections and improve HIV-related health outcomes in racial and ethnic minority communities. At the same time, potential cuts to the Substance Use and Mental Health Service Administration’s Minority AIDS Initiative are being reported, keeping in line with the proposed $17.7 million in cuts to the program that were included in the President’s budget.

While we at AIDS United recognize that the level funding of programs like Ryan White and HOPWA will be beneficial to those who rely on them, we must stress that any budget that fails to provide the requisite funding to fight the HIV epidemic is unacceptable. Even in this challenging political environment we must not be satisfied with the flat funding provided to programs like Ryan White and HOPWA, and we most certainly cannot sit back and watch idly as programs like the HHS Secretary’s MAI fund are razed to the ground.

Regardless of the proposed level funding for Ryan White and HOPWA, it is impossible for us, as HIV advocates, to claim victory for a budget that does not come close to addressing the needs of people living with and affected by HIV and does not provide the requisite funding to end the HIV epidemic once and for all. We must continue to fight for HIV funding levels that reflect a genuine commitment to ending the HIV epidemic.