The United States People living with HIV Caucus (the HIV Caucus) joins with human rights groups, all US networks of people living with HIV and global key population groups in supporting HIV2020: Community Reclaiming the HIV Response, a convening of people living with HIV and other key populations in Mexico City in July 2020. We recognize this meeting as the only viable space for many of us to meet in 2020, especially as the International AIDS Society (IAS) is choosing to hold their International AIDS Conference, AIDS2020, in the United States, a country with a demonstrated rejection of human rights and human dignity for communities most impacted by HIV, especially under the current Administration.

We ask all funders of AIDS2020 to financially support HIV 2020, where community voices are centered. If you want to “end AIDS,” you will not do it without us.

In an historic move, the global networks of key populations - Global Network of Sex Work Projects, MPACT: Global Action for Gay Men’s Health & Rights, International Network of People who Use Drugs, Global Network of People living with HIV, International Community of Women living with HIV, HIV Justice Worldwide - have come together for HIV2020. UNAIDS, WHO and the International Planned Parenthood Federation have also come forth in strong support of HIV2020. As United States-based HIV advocates, we join with the global networks and encourage all people concerned with community-led HIV responses to go to Mexico City to attend and support HIV2020.

The IAS and organizers of the International AIDS Conference have been inconsistent in their engagement of HIV advocates.The IAS has indicated they would rethink San Francisco if the United States HIV travel ban was reinstated. Just last week, the Trump Administration indicated no visas would be awarded unless the applicant had proof of health insurance or the money to cover any healthcare costs. This is after it was revealed that ICE had separated a family due to the father’s HIV status earlier this year. IAS and the United States-based members of IAS CCC have said nothing on these matters.

For those people who choose to attend or who must attend IAC, we ask you to hold IAS accountable to our needs as people living with HIV, people who use drugs, LGBTQ people and sex workers.

“Nothing about us, without us, is for us” rings just as true today. We support HIV2020 and encourage people living with HIV and other HIV stakeholders to support it too. 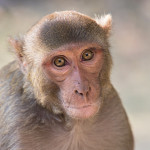